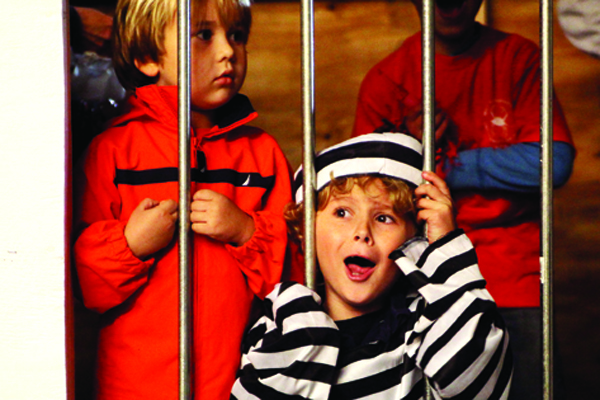 Canes, prepare to get your spirit on. Homecoming Week 2011 kicks off on Friday at 6 p.m. on the Rock, with an opening block party that will feature the traditional alma mater preliminaries.

The block party, which is this year’s rendition of opening ceremonies, will also feature food trucks in Stanford Circle and a booth selling license plates.

Also, this year’s Homecoming celebration will be a revamped version of previous festivities, with new competition rules that will allow more student participation.

“The opening ceremony is usually a smaller event, but this year the whole student body will have the opportunity to watch the teams compete,” HEC Chair Aly Jaffer said. “We have made a lot of changes as far as the way Homecoming has been run and I’m hoping that the students will enjoy it more.”

Under the new system, students can now compete in Homecoming events without being a part of any affiliated organization. Previously, only members of the Committee on Student Organizations (COSO) were allowed to create a team by submitting an official roster through the COSO database.

Twenty-one teams will compete on Friday, a noticeable increase from last year’s student participation in Homecoming.

“We’re trying to make Homecoming more than what it has normally been,” Jaffer said. “We want students to be proud of being a Cane.”

During the rest of the week, the committee has several other events lined up to carry out the UM tradition, including Hurricanes Help the Hometown, alma mater Singing Competition, the Hurricane Howl and the blood drive.

The goal is to collect 700 pints of blood, said Glover, who oversees the blood drive.

The week will wrap up with the Homecoming football game on Nov. 5, when UM faces Duke University. During the game, the Homecoming King and Queen will be crowned and the winning team of the alma mater competition will perform their song.

HEC Vice Chair Thelma Santiago is excited to see the turn out of this year’s Homecoming.

“Alma mater prelims have always been my favorite event because it’s amazing to see and hear what teams come up with,” Santiago said. “Teams are much more varied this year. We’re seeing groups of students, who have never really competed in Homecoming, take a chance and enter in more events than usual.”

Glover strongly encourages all students to participate in the week’s events.

“Homecoming is about going all out for your organization or team for the week. It’s about winning the title for Homecoming champs for the year. It’s about tradition, and it’s about showing what it takes to be a true Miami Hurricane,” Glover said.

“I can’t wait to see Ludacris because I think he was an excellent choice for our Homecoming concert and he will pump us up for the game,” Nickerson said. “It is my last Homecoming and I can’t wait to be surrounded by my Hurricane family.”