Auto-tune: a voice recorder used to correct pitch in vocal and instrumental performances in order to disguise off-key inaccuracies.

Translation: cheating. Or, in Lil Wayne’s case, sounding like a foolish robot.

There are various technological advancements that are beneficial to society, like the Keurig Individual Coffee Maker. Some, such as auto-tune, are deceivingly detrimental.

In earlier music eras, artists were true artists. There were no magical instruments to transform a talentless person into Whitney Houston or Billy Joel. Today, the music industry consists of a talent deficiency and a lack of valuable content in artists’ music, such as Lil Wayne.

Living in another decade sounds more appealing every time I turn on the radio. Rewind to the ‘90s. Rap was at its best. Deep, original lyrics were standard in Notorious B.I.G, Tupac and Wu-Tang’s era. These artists emerged from project housing and rhymed about real, controversial issues. They were poets telling the tale of the ghetto, while flowing to a beat. Today, all you hear from rappers is unjustifiable arrogance, often on the basis of cash or how many cars they have.

Lack of innovation is nothing to brag about. Where is the creativity? One of the original great rappers, Method Man, addressed this on an episode of “NY Ink.”

Store owner: “Let me ask you, what do you think of hip-hop these days?”

That is a legend telling it like it is.

Unfortunately, other legends such as Notorious B.I.G. and Tupac were killed, and auto-tune seems to have contaminated the music industry.

Nas, a notable rapper, titled his eighth album “Hip-Hop Is Dead” – and he gave it one hell of a eulogy. Hip-hop is dead and the auto-tune plague seems to be spreading across all genres. Not only are musicians electronically edited (does anyone think Ke$ha can actually sing?), but they have nothing valuable to say.

Even if an artist is talented, modern producers brainwash their clients into creating music, or lack thereof, that is what they think people want to hear. A prime example is Kanye West’s shameful auto-tune phase. Initially, West achieved recognition for his work in Jay-Z’s 2001 album “Blueprint” under Jay-Z’s Roc-A-Fella Records. He incorporated a soulful style with his own instrumentals to create unique hip-hop, but, in 2008, he lost that imagination. West made a painful mistake of releasing “808s & Heartbreak.” In this album, he proceeded to sing (a.k.a. talk) along with an extensive use of auto-tune. Ironically, this album was released around the same time that Lil Wayne and Drake infested the industry.

Money drives the modern music industry – not talent, art or the desire to touch somewhere deeper than one’s pockets. It comes down to simple economics. The demand being a hot beat and catchy hook, and these artists supply it.

It is time to reconsider our culture’s priorities, throw away the cash and return to inventive rhyming. In this economy, why waste money on robotic records and disappointing live performances? The consumer is the boss and it is time to demand a better brand of music.

Melanie Kleiner is a junior majoring in international finance and marketing. 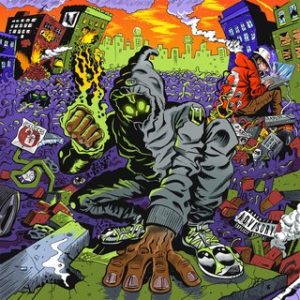