This summit, which was introduced last year, includes extended coverage on education in America on all of NBC’s broadcast media outlets to raise awareness about education in America. The live program discussed national issues and how they related to education, such as the state of the economy and federal government’s influence.

The show’s moderator, David Gregory, spoke briefly on President Barack Obama’s new program, titled Race to the Top, which was designed to follow the Bush administration’s No Child Left Behind.

Despite these efforts, however, Shalala agreed with Gregory – “we’re not there yet,” she said.

Shalala stated that there are two parts to the economic dimension in education.

“We’re in fits and starts, and we still fail to recognize that it’s not just metrics and testing,” she said. “It’s investment in teachers, in families … [and] we know parental support, community support, makes a difference.”

Another economic issue regarding education discussed was how unemployment statistics vary according to each person’s level of education. According to Bill Bennett, former secretary of education for President Ronald Reagan and host of “Bill Bennett’s Morning in America,” unemployment rate for college graduates is five percent. It is nine percent for high school graduates and 15 percent for high school drop-outs.

The discussion, which also included Tim Shriver, chairman and CEO of the Special Olympics, and PBS’ Tavis Smiley, all agreed on one idea: Children need more caring adults in order to succeed. Shalala agreed with Gregory, who said that the most important factor in a child’s education is adult influence.

“It’s coaches. It’s people that are involved in kids’ lives at every level, and it’s supporting their parents,” Shalala said. “Their parents need better jobs. So that they can help them with their homework and don’t have to work two jobs.”

I am an identity crisis
News briefs 9/26 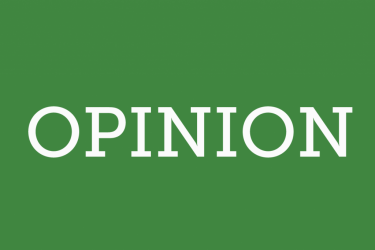