In 2010, the University of Miami improved its ranking on the Trojan brand condoms Fifth Annual Sexual Health Report. It moved from No. 68 to No. 56 out of the 161 universities that were ranked from most sexually healthy, Columbia University, to the least, University of Idaho. The university remains above other Florida schools, such as University of Florida, ranked 17, and Florida International University, ranked 49.

Universities were listed according to their student health center’s services. Thirteen categories that varied from availability of condoms and contraceptives, to on-site HIV and STI testing all contributed to each school’s score. Anonymous advice for students through the student health center’s website and the site’s usability and functionality were also taken into account.

The university, particularly the Herbert Wellness Center, has recently increased its efforts to promote safe sex on campus. Events are held to educate students on sexual health, and free condoms are available at the student health center and at the residential colleges.

Ashley Falcon, the school’s assistant director of wellness education, explained how sexual education at the university comes from a variety of sources, such as student organizations and the counseling center, which has a sexual assault response team on call at all times.

“Many of the events held on campus to promote safe sex go under the radar,” Falcon said. “We’ve had a lot going on, over half a dozen events took place this past semester. The number of programs each year depends on the number of requests made by students.”

Voxs, the student organization for Planned Parenthood, held “Sex on the Rock,” an event where condoms were relayed and information packets were passed out. “Sex in the Dark” took place in Hecht Residential College, and boys and girls asked each other questions about sex anonymously across a dark room.

“People in college have plenty of questions about sex that they are too afraid to put out there,” Falcon said. “We at the Wellness Center really want to be accessible for that information. Students just need to acknowledge what they need and want so that we can provide it.”

“We’d like to find different and innovative ways to share sexual health information apart from just lectures. We are planning more debates and movies nights for the future,” she added.

Ryan Walker, a junior, has started a University of Miami charter for the nationally recognized organization RCP, “Respect Yourself, Check Yourself, Protect Yourself.” She awaits approval to be registered as a student organization, but already has a group of other concerned students to fill executive board positions.

“I started a RCP charter at Broward College where I went to school previously, and when I came to UM I did not find what I wanted from the current student groups that promote sexual health,” Walker said. “So I’m bringing RCP here, and I hope we can make an impact.”

Walker has been a member of RCP since 2007, and has visited several high schools to educate students about sexual health. She also presented RCP information at SpringFest, which took place Memorial Day weekend at Bayfront.

“I hope my contributions to the cause will inspire other students to get involved,” Walker added. “Hopefully, the RCP charter at UM will help the school move up in the Trojan annual sexual health report rankings.”

“To improve our standing as a sexually healthy university, the students must speak up,” Falcon noted. “They must get involved in programs to ensure that safe sex is constantly promoted and that resources remain readily accessible. Getting the word out about what we offer is nearly as important as the services.” 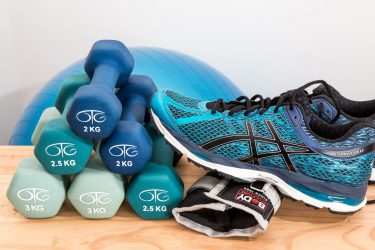