Team takes success beyond the court

The University of Miami men’s tennis program has been remarkably consistent under the tutelage of head coach Mario Rincon, but is still looking to take that next step to become elite and make an extended run deep into the NCAA Tournament.

Rincon, soon to be heading into his eighth season in his position, has led the Canes to the tournament five of the past six seasons. The most recent visit came when his No. 27 team advanced to the second round, but then lost to eighth-ranked Florida, 4-0, in the second.

“It hurts to be out of the tournament and for the season to end,” said Rincon after the defeat, “but I’m proud of our season and what we have accomplished this year.”

To reach the NCAA Tournament, the Canes garnered a 14-7 regular season record before losing 4-1 in the ACC Tournament to Georgia Tech. Miami will have a lot of rebuilding to do this upcoming season as five of the 10 players on last year’s rosters were seniors that will be moving on.

Rincon, the Kentucky alum, will inherit an incredibly young team this coming season as he’ll have to replace those five seniors with an incoming freshman class — or transfers from other schools — and four of his five returning players will be sophomores. While the athletes on the team have been impressive on the court, they have been even more impressive in the classroom. UM always boasts about their high Academic Progress Rate (APR) and how scholarly their athletes are with their strong “upper extremities,” and men’s tennis is no exception. This past season the team was recognized by the NCAA for ranking in the nation’s top ten percent in multi-year APR.

“I am extremely proud of the players for all their accomplishments on and off the court,” Rincon said. 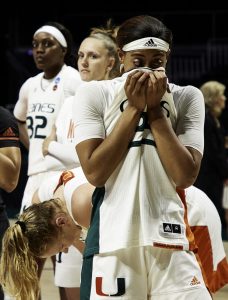 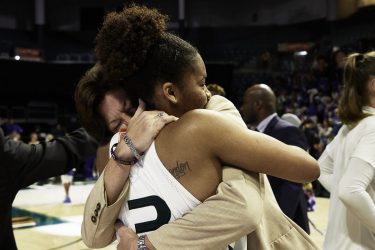