The School of Business Administration announced that Eugene W. Anderson would be assuming the role of dean on August 1.

A marketing specialist, Anderson previously served for than twenty years at the University of Michigan’s Stephen M. Ross School of Business as a professor of marketing and as a senior associate dean for academic affairs

Interim dean Frances Aldrich Sevilla-Sacasa will continue to the head the school until Anderson assumes his new position.

Barbara E. Kahn, the former dean, returned to the Wharton School of the University of Pennsylvania to serve as the Director of the Jay H. Baker Retailing Center and as the Patty and Jay H. Baker Professor of Marketing.

Alysha Khan may be contacted at akhan@themiamihurricane.com. 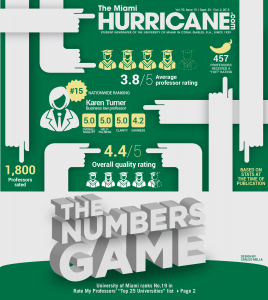