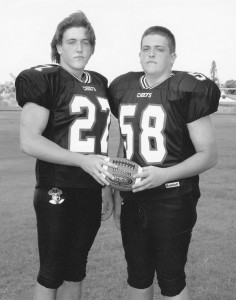 For Jake Krupa, the new Student Government treasurer, every second at the University of Miami counts. Whether working against oppression or offering a helping hand as a Hecht residential assistant, Krupa sometimes attends more board meetings in a day than classes- and he’s carrying 18 credits.

Krupa, a junior majoring in accounting with a minor in mathematics, has his hand in many campus organizations. Among other involvements, he is a brother of Sigma Alpha Epsilon, a Greek Week executive board member, a Tunnel of Oppression board member and is also involved in the Service and Leadership Center program called IMPACT.

As a junior in high school, Krupa visited UM three times on football recruiting trips. But his dream to suit up as a Cane ended during his junior year when he dislocated his shoulder and tore several ligaments. The injuries, however, didn’t stop him from becoming a Cane or getting involved in campus life.

“I guess my biggest accomplishment has been the opportunity I’ve had this year of developing close relationships with the guys on my floor by serving as a Hecht RA,” Krupa said.

The Lake Worth, Fla. native has been working in SG since his freshman year. As a freshman, he also served as sophomore class senator, thanks to his extra credits. In his sophomore year, he served as chair of the Parking and Transportation Advisory Board.

“What sets Jake apart is his dedication and unique vision; he has distinguished himself by always taking the initiative to improve SG,” said Jennifer Safstrom, a commuter senator and chair of the SG Policy and Finance Committee.

As a junior, Krupa served as secretary on SG’s executive board before being recently elected as the treasurer on the “Taking U Forward” ballot. SG President Brandon Mitchell is excited to have him on his team.

“Jake has been one of the most responsible and passionate people I’ve met at UM,” Mitchell said. “Having him as a part of my team wasn’t even a question. He is a great friend and a great leader.”

As treasurer, Krupa and other SG leaders will have more money to work with next year. In the fall of 2010, students passed a referendum to increase the activity fee by $1 in order to expand SG funding.

“We would like to use the money to expand Canes Nights, which is a program that is intended to provide late-night entertainment for students and have them experience the culture of Miami,” Krupa said.

His leadership and involvement have not gone unnoticed. Recently, Krupa was tapped into the Iron Arrow Honor Society, the highest honor attainable at UM.

“Jake embodies everything that a successful student and person should be and he is a genuine person,” said Ryan Williams, a freshman resident of Hecht.

When asked how he juggles his campus activities with a heavy course load, including an accelerated master’s program, Krupa smiled.

Meet Norm Parsons, Wellness Center Director
No. 47 in the US