Devoted fans finally have a chance to bring their favorite music to the masses.
Audimated.com, created June 2010 by University of Miami School of Business alumnus Lucas Sommer, is a fresh take on social networking that provides incentives for people to connect through the shared love of music.
“I started realizing there was more money helping make other musicians more successful than trying to make myself successful,” said Sommer, singer, songwriter and creator of audimated.com who often helped other musicians market themselves.
Sommer created a business plan for an online site that allowed independent musicians to focus less on promoting themselves to an audience that may or may not know they exists. From there, his idea and business plan “just grew,” Sommer said.
He called it audimated.com, a mix between two Latin phrases: audio for “sound” and automated, an automatic process, in an innovative move to brand his idea through a name that could begin to form a “meaning within the music business,” said Sommer.
Sommer became business partners with Andrew Levine, co-founder of the Web site, because Sommer needed money to turn his idea for audimated.com into a real business and Levine had access to funds for investment through family.
Still, Sommer was unconcerned with making a profit. Instead Sommer’s intention for audmated.com is to provide a “free platform to artists that turns music fans into the sales force for music they like,” Sommer said. “Artists can focus on making more music.”
Audimated.com allows music fans to browse for the next big artists and make money for promoting their favorite musicians. Independent artist, Leon Milne, appreciates the ability to make money by selling his music and affiliated merchandise. Milne has connected with fans online that later appeared to his shows.
“The conversion from online to in person – that’s a dream,” he said.
Susan Amat, director of the Launch Pad, hired Sommer as the first employee of the Launch Pad and assisted Sommer in materializing his idea.
“Lucas found a unique opportunity in monetization strategy that sets audimated.com apart from all other services available to musicians,” Amat said. “Many entrepreneurs don’t understand that what he did was start a technology business used by musicians rather than an actual music business.”
Sommer, who had to outsource the technological development of his Web site, admits that the execution of audimated.com suffered because of his lack of web skills. Still, he encourages entrepreneurs to avoid something he calls “paralysis by analysis,” which he explained as an hesitancy before execution.
Sommer is currently in school working on an advanced degree in technology and web programming. He hopes that the changes made to audimated.com in the future will allow it to better compete with sites like Google and Facebook.
“This isn’t going to be the last business Lucas is going to start,” Amat said. “Audimated.com is going to be one of many.” 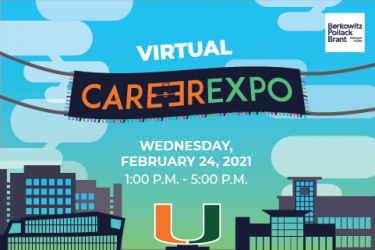