UM hosted its final home meet of the 2011 season on Saturday, the Hurricane Alumni Invitational. Despite a two-hour rain delay in the afternoon, the Hurricanes earned 28 top 10 finishes. In her final home meet as a Hurricane, Ti’erra Brown finished first in the women’s 100m hurdles. Devon Hill finished second in both the men’s 110m hurdles and 400m hurdles. Former Cane and National Champion Lauryn Williams won the 200m dash. Miami will next travel to Durham, N.C., for the ACC Championships on Thursday-Saturday.

The Hurricanes headed up to Durham, N.C., to take on the Duke Blue Devils in the regular season finale on Sunday afternoon. The Canes won two out of three doubles matches to secure the doubles point, but were unable to do much else as the Blue Devils won five out of the six singles matches to take the overall win, 5-2. Miami will now prepare for the ACC Tournament set to kick off starting on Thursday.

Dear V: I’ve got more than spirit on these fingers…
Record store celebrates 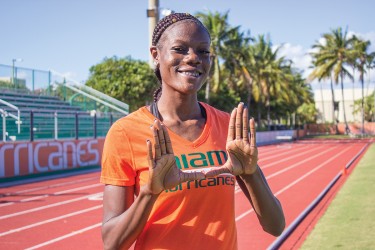 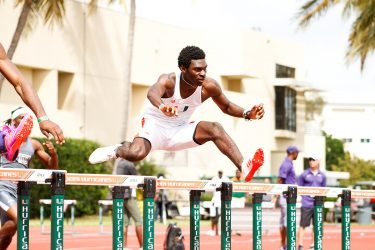