The remnants of a successful Sweat Waffle Party at Sweat Records on Sunday February 27. The event is held twice a month. "We had a nice early turnout today. Some people got here before we even opened," said Lolo Reskin, owner of Sweat Records. Jessica Hodder // The Miami Hurricane

Little Haiti’s Sweat Records serves not only as a local vinyl distributer, but also as a music venue, bakery and coffee bar.

Now the quirky record store has another reason to be included in your weekend plans: brunch, and not your typical eggs-and-bacon breakfast, we’re talking a vegan waffle party.

“With something like waffles, you can’t really tell the difference between a waffle that is vegan and one that isn’t,” said Sweat Records owner Lauren “Lolo” Reskin as she poured a homemade dairy-free batter into a Belgian waffle maker.

The waffle madness began last year in May as part of the 2010 Global Vegan Waffle Party. The store held sporadic waffle parties following the event and it has recently developed into an every-other-Sunday gathering.

The history of waffles can be traced back to the Middle Ages and the Renaissance, when flat cakes known as “wafers” were eaten by peasants and kings alike.

At Sweat Records, waffles continue their history of bringing together a diverse crowd, from club-goers still out from the night before to families with young children.

“For vegans in Miami, there aren’t a lot of brunch options,” Reskin said.

“You’re just as full without all the junk,” said Tori Tighe, a waffle party attendee. “Just one little waffle is more filling than an entire plate at Denny’s.”

Reskin’s hope is for people to realize that being vegan “doesn’t mean you have to eat tofu all the time.”

And so far, she said, no one has been disappointed.

Each vegan waffle with toppings costs $6.

Lauren Shepherd may be contacted at lshepherd@themiamihurricane.com. 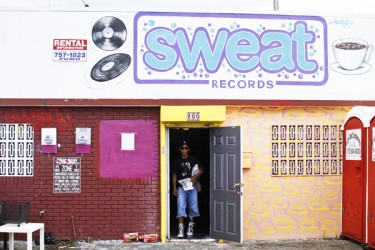 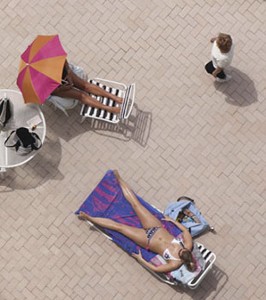