Early Saturday morning, dozens of people gathered in the University of Miami School of Law courtyard, bikes and helmets in hand, ready to ride in honor of a former student who died in 2010.

The memorial, titled Natasha’s Ride, was held in honor of third-year law student Natasha Pettigrew, who was struck and killed by a car last September while on her bike training for a triathlon. Pettigrew had taken a leave of absence to run as a senatorial candidate in Maryland with the Maryland Green Party.

The event was held in conjunction with the South Florida Bike Coalition, the Black Law Students Association, the Children Youth and Law Clinic, OUTLaw and the HOPE Public Interest Resource Center.

“Since bike safety and being healthy and in shape was really important to her, in her celebration of her life she would want people to be out doing the things she loved to do,” said Lauren Ferguson, a friend of Pettigrew’s. “She was all of our good friend; it’s tough losing someone who’s so young.”

Natasha’s Ride lasted 45 minutes and took bikers through downtown Miami, Vizcaya, the Grove, Coral Gables and in front of Pettigrew’s house, reflecting her own daily ride to campus. About 45 people participated in the event.

“Everyone who wanted to come out and ride was able to participate,” said Brian Sperger, another friend of Pettigrew’s and the main organizer of the ride.
A fund was created in Pettigrew’s honor and riders were asked to make donations. All donations will go to bike safety programs throughout Miami-Dade County.

Kennis Henry, Pettigrew’s mother, flew down from Maryland to attend the memorial event.

“Natasha is somewhere looking down right now with so much joy and a great big smile,” Henry said.

Henry is currently campaigning for a bill in Maryland to protect bicyclists and impose stricter penalties for drivers who injure them. She recently started a petition on change.org and currently has 4,500 signatures.

“[Natasha’s] big concern was road safety,” Henry said. “Drivers think the roads belong to them but their inability to share just shows total ignorance and a lot of selfishness on the drivers’ part.”

Ferguson, along with many others, hopes to see Natasha’s Ride become an annual event.

“Natasha made such a great impact on this university and the Miami community, so I think it’s really important that we continue to honor her legacy here,” she said.

Miranda Coleman may be contacted at mcoleman@themiamihurricane.com. 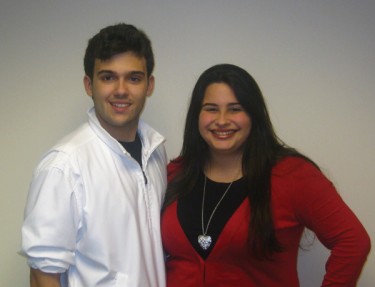