This Saturday the Indian Students Association (ISA) is bringing mayhem to Miami Beach.

Coming off a victory at a recent dance competition in Texas, ISA will host the fourth annual Miami Mayhem dance event, Saturday at the Julius Litman Performing Arts Center on North Miami Beach.

The competition will include eight Raas dance teams from universities from around the country.

Raas originated in west India in honor of Amba, a  fearless 10-armed goddess. Eighteen-inch sticks, called dandiyas are used to portray a battle between Amba and the demon king Mahisura.

The top three teams in the competition will receive bid points that will put them in the running to compete for the title of national champions at the third annual All-Stars National Championships in Dallas, Texas.

“It’s pretty much going to be the last thing I do as a senior,” he said.

The 16 members of Swaggeraas, the University of Miami’s Raas team, will perform in an exhibition after competitors complete their routines.

According to Patel, their organization has been working hard to put on a good show.

“We made a point to make our choreography really intricate,” he said. “We didn’t stop thinking of ideas until we were very happy.”

Dancing is important to ISA students, who spend a lot of time together. Winning is just a bonus for students like senior Priya Panara, who appreciates the bonding associated with being on a team that works to “achieve the same goal.”

Beyond putting on an Indian dance show,  Miami Mayhem will also donate proceeds to Miami Children’s Hospital to support the purchase of medical equipment and provide support for doctors, nurses and children.

“Miami Children Hospital Foundation is incredibly grateful to students of the University of Miami,” said Jeremy Katzman, spokesman for MCHF. 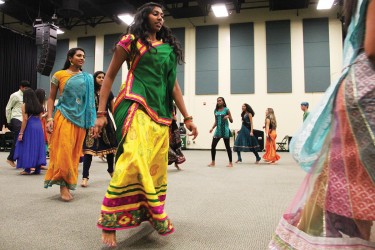 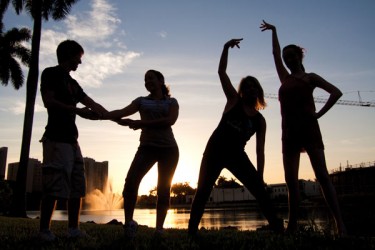