In order to appraise “21,” the latest album from British singer Adele, I’m going to use terminology from my international studies classes. Forgive me, readers, and please bear with me.

First we have the thesis: Adele, a preternaturally talented singer-songwriter whose voice seems to have been stolen from the era of Ella Fitzgerald and Nina Simone. Adele is frequently compared to Amy Winehouse and Duffy, a not entirely inappropriate assessment, though Adele would appear to have the best voice of the three. She sings of love and heartbreak in staggeringly mature terms, and her lyrics possess a depth way beyond her 22 years.

Then we have the antithesis: Taylor Swift. This might be an unfair comparison- Swift is, of course, of a different genre than Adele, but they are similar in age and song content. When compared to Adele, Swift’s songs sound like they were stolen from a junior-high slam book à la “Mean Girls.” When Swift wants to send a kiss-off to a former paramour, she trashes him by name in the travesty that is “Dear John.” When Adele wants to do the same, she does it in the dazzling “Someone Like You.”

Adele sticks to two types of songs, the frenetic pop perfected on her debut album, “19,” and heartrending ballads. On “21,” the up-tempo songs are fantastic – “Rolling in the Deep” and “Rumor Has It” are particularly noteworthy – but the ballads are works of true genius.

“Someone Like You” ran is certainly one of the best “encounters with an ex” songs ever written, and it ranks among the best songs of the past few years in general.

My one criticism of “21” is that when listened to in one sitting, songs seem to blend into one another, but it is a minor flaw. To take a line from Dave Eggers, “21” is a heartbreaking work of staggering genius. Bloody brilliant work, Adele. 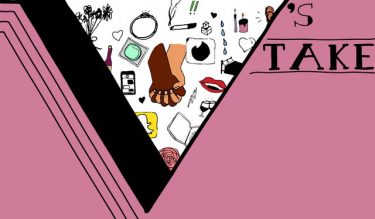