Controversy was sparked at the University of Miami among alumni and professors after Cuban exile Orlando Bosch, 84, was presented with an award Oct. 12.

Bosch was presented with a plaque at an event that marked the 50 years of guerilla warfare and armed struggle in Cuba. The event took place at one of UM’s Institute for Cuban and Cuban American Studies’ (ICCAS) cultural centers, Casa Bacardi, which is located on campus, behind fraternity row. It was sponsored by El Instituto de la Memoria Historica Cubana Contra el Totalitarismo (the Institute of Cuban Historic Memory against Totalitarianism) which presented Bosch with the award because of his militant, anti-Castro efforts.

The special ceremony was controversial because while some celebrate his anti-Castro efforts, others call him a terrorist.

Less than a month after the event, many activists in the Cuban-American community who also have direct ties to the University of Miami, wrote a letter of protest to President Donna E. Shalala, claiming that a terrorist should not be given homage.

Seventy professors and alumni signed the letter, in which they “express their deepest indignation in respect to the event that took place Oct. 12 in the Institute for Cuban and Cuban American Studies (ICCAS).”

According to their letter, the protestors believe that by awarding Bosch a plaque, the University paid homage to a convicted terrorist. Ultimately, the academics demanded further investigation, and provided the university with arguments as to why they believe Bosch was far from eligible to receive the award.

Bosch is a controversial figure because he was found guilty in 1972 of an attack made in 1968 on a Polish freighter that was docked in Miami. In 1976, he was convicted of sabotaging a plane in Cuba that ultimately killed all 73 persons on board. He then served 10 years in a Venezuelan jail.

“I expect the university takes distance from that homage,  offers an official apology to the academic community and the community of Miami  and becomes more aware of the people they invite to their premises,” said Dr. Maria Isabel Alfonso, who started the protest against Bosch’s award.

Alfonso is very adamant about the fact that she considers Bosch to be a terrorist, not a militant.

Some, however, believe that Bosch deserved the award, because although he may or may not have been guilty of the terrorist acts, he did contribute to the anti-Castro cause.

“I think he should have received it. He’s been an anti-communist all his life. He was a doctor and an anti-communist like all men that came to the U.S. from that era,” said Cuban-American Antonio C. Diaz, who graduated from UM in 1969. “They have never proven that he was or was not involved with the terror act.”

Although Shalala has not yet responded to the letter, UM’s Center for Latin American Studies has already issued its own statement.
According to The Miami Herald, the center “had absolutely nothing to do with this event and firmly opposes holding such events and any other activity glorifying, condoning, or praising inhumane acts or violations of human rights.”

To read the letter that was sent to Shalala visit: todoscontraelterrorismo.blogspot.com 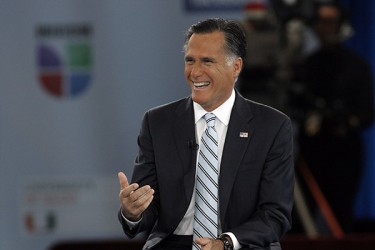