With only two applications for volunteers turned in, the University of Miami’s African Students Union is concerned it will not be able to find enough UM students to help on the organization’s community service project that involves mentoring local inner-city youths.

“I am worried,” said senior I’shawnna Henderson, the Project Iingcambu co-coordinator. “We really need more volunteers to have the impact we want to make.”

When former UM student Courtney George came up with the idea for Project Iingcambu three years ago, she thought that at least six volunteers were necessary in order for the initiative to be successful.

George’s goal with Project Iingcambu, translated to mean “roots” in Xhosa, was to create a link between UM students and boys at the Belafonte Tacolcy Center in Liberty City, one of the poorest neighborhoods in north Miami-Dade County. She shared her plan with Chris Foster, president of ASU at the time, and together they started the project.

Volunteers from UM carpool to the Belafonte Tacolcy Center every other Friday to conduct activities with groups of four to five boys for two and a half hours. Activities include African themed crossword puzzles, letters to the elderly, community service projects, black American history lessons and reports on African leaders.

“My favorite activity was when we played a World Cup soccer tournament with the boys, because they got really into it,” said senior Feeta Caphart, the current ASU president. “I also love doing arts and crafts with them because it gives the kids an artistic outlet that they do not get in school.”

This year, Henderson and Caphart are trying to get more UM students to fill out applications. They believe that there needs to be more structure to the volunteer recruiting process, even though volunteer numbers sometimes reached up to ten in the past.

“We were lacking consistency the past two years. You never knew how many volunteers would show up,” Caphart said. “We are trying to secure commitment through applications this time because consistency will strengthen the bonds between the boys and the volunteers.”

The bonds that are formed between volunteers and the boys at the Belafonte Tacolcy Center are an important part of Project Iingcambu because they provide an early connection to the university.

“These boys rarely interact with college students, but they all say that they want to come to UM,” Henderson said. “We are trying to get more black men to volunteer to serve as role models and send the message: we made it to college with academic success, you can do it too.”

Junior Armstrong Ibe, the ASU treasurer has volunteered with Project Iingcambu for the past two years.

“The best thing about volunteering is that you can see that anything you do, just your presence, is making a difference,” Ibe said.

If Project Iingcambu is unable to secure more volunteers before its first trip to the Belafonte Tacolcy Center this Friday Sept. 24, there will have to be more boys in each activity group, which will decrease the amount of attention each individual boy receives.

“I know there are people out there who are interested. We thought we would get more, but people are just afraid of making the commitment,” Caphart said. “This is the perfect opportunity to give back and to let the boys know that someone else is rooting for them.”

Hannah Romig may be contacted at hromig@themiamihurricane.com. 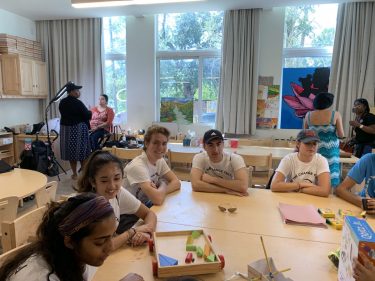 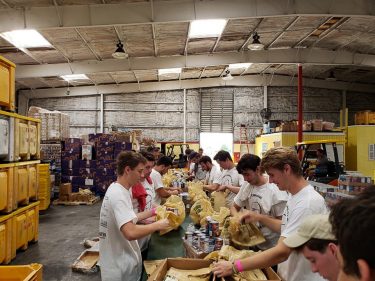