Frank Williams, coach of the rugby team, spoke at the memorial held for Kelly McConnell on Friday.Jessica Hodder//The Miami Hurricane

More than 100 friends, professors and family members gathered Friday to celebrate the life of Kelly McConnell. A rising sophomore, McConnell passed away this summer when an impaired driver, who was allegedly drinking Four Loko and smoking marijuana, crashed into his car.

Organized by the Division of Student Affairs, the memorial allowed McConnell’s closest friends and rugby teammates to remember the best moments they shared with him. The service began with a photo slideshow featuring McConnell and the part of him that everyone seemed to remember most: his beard.

“Look at that beard!” said McConnell’s friend sophomore Mike Dawes. “It’s weird seeing him in the couple of pictures where he had shaved.”

Dawes, who had known McConnell since they lived on the same floor freshman year, spoke at the memorial about the time he spent with McConnell.

“It’s great that I get to go up and say stuff and vent my emotions,” Dawes said.

He and the other speakers recalled McConnell’s unique personality and dedication to school, his friends and family and the school’s rugby team. Among the speakers were two rugby teammates, the rugby team President  Nick Davis and Frank Williams, the rugby team coach.

During his speech, Williams pointed to the jersey spread out on the podium that bore McConnell’s number two. He explained that this number designated McConnel as the “pillar of the pack.”

“There was a smile on his face all the time, although he was such a hard worker,” Williams said. “He would learn something and help other players right away.”

McConnell’s teammates shared the same hope for the future of the rugby team.

“When we win the title this year it’s going to be for Kelly,” Vassilis Demitri Moutevelis said. “I know that he’s there watching us, protecting us.”

At the end of the memorial, Williams offered two signed rugby footballs, the “heart of the team,” to McConnell’s family.

The family is funding a scholarship in McConnell’s memory for young men from the business school who demonstrate academic achievement and leadership skills for the future.

“I look forward to the strength we all have gained from him and I hope everyone will carry it on,” Williams said.

Learn to park politely in UM lots
Comedy for a cause, fuels laughs 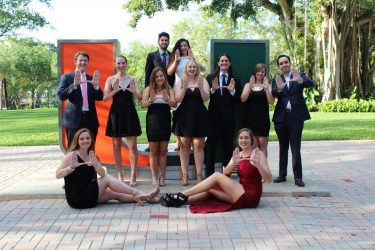 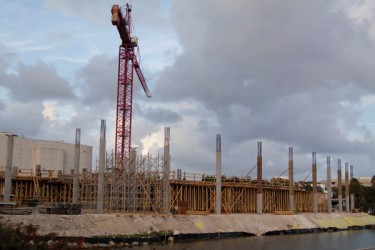