Home » Staying in tune with his inner Cane

Staying in tune with his inner Cane

Born across the street from campus at Doctors Hospital, UM has always been a second home to Eric Alexandrakis, especially with his father, Dr. George Alexandrakis, teaching as a physics professor at the university.

“Eric was raised in an academic environment. The Hurricanes’ games became part of all our lives,” Dr. Alexandrakis said. “We loved our university and Eric was attached to UM just as much as we were. He himself decided not to even apply elsewhere.”

Though his father took the science route, Eric Alexandrakis developed a passion for the arts early on in his adolescence, listening to legendary composers like John Williams and Mozart.

“I am a fan of anyone that is exceptionally creative,” Eric Alexandrakis said.

Nevertheless, before he was marking the Top 40 U.S. Adult Contemporary Radio charts, Eric Alexandrakis started as a public relations and English literature double major at UM. During his undergraduate years, he spent most of his free time in recording studios and feels he learned a great deal about networking while at UM.

“Being at a university (and one of the best) is essential to anyone’s education. Not just because of the knowledge you gain, but also because of the interactions [and] connections you make,” he said. “It’s a society within a society, and it’s important to learn how to function within society. UM is extremely good at that.”

“I was willing to learn; I’d kill myself to meet the right people. This isn’t necessarily the best thing, as some people try to take advantage of you in the worst of ways. I’ve had a plethora of this along the way, but I learned how to present myself credibly and weed out the overly superlative phonies,” he said.

Once he made the decision to pursue a career in music, Eric Alexandrakis stuck to it even during trying times.

According to his parents, he wrote, composed and produced his first album while receiving chemotherapy to battle Hodgkin’s disease, a type of white blood-cell cancer.

Despite the seriousness of his illness, his parents remember that in the midst of  receiving transfusions, he still managed to make funny faces that made them smile.

Eric Alexandrakis’ latest EP “Terra Firma” is a conceptual travel album, whose style can best be described as “avant-pop electro.” Singles for the EP will be released every two weeks via social networks like Facebook; the album should be available in early 2012.

Jamie Stephens may be contacted at jstephens@themiamihurricane.com.

-When asked who his biggest fan is, Eric proudly claims his three-year-old son.

-Aside from music, Eric possesses a talent for acting, as can be seen in his minor appearances in movie hits like “Miami Vice” and the television series “Dexter.” 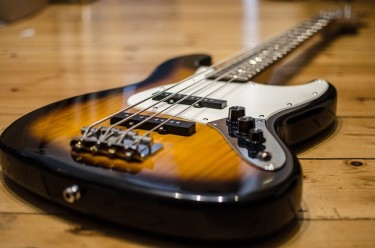