After nearly a 10-year hiatus from the spotlight of popular music, Ms. Lauryn Hill, with the help of Hurricane Productions, will commence her return to the forefront of hip-hop culture with a headlining performance at the Homecoming concert Nov. 5 on the university green.

Ms. Hill, who released her widely-acclaimed solo album “The Miseducation of Lauryn Hill” in 1998, rose to fame after success with the hip-hop trio Fugees in the early 90s. After splitting ways with fellow artists Wyclef Jean and Pras Michael, Ms. Hill released her solo album, which went on to win five Grammy Awards. However, after the success of “Miseducation,” Ms. Hill disappeared from the limelight for nearly a decade.

Last spring, senior Max Winik, the large concert venue chair for Hurricane Productions large, realized that a collaboration with the multi-platinum artist had the potential to be special.

“A talent like Ms. Lauryn Hill comes around once in a lifetime,” Winik said. “Her art has touched the lives of millions.”

Despite a scattering of performances, including traveling with the hip-hop festival Rock The Bells this past summer, the 35 year old has spent the majority of the past decade at home with her five children. After recently returning to the studio, Ms. Hill’s concert on the green, free for all students, will mark a big stepping stone in her second coming to the popular music scene.

Atlanta native and rising hip-hop star Donnis, who will also perform at the Homecoming Concert, expressed his excitement in opening for such a legendary act.

“I really can’t believe it,” the 26-year-old rapper said. “It’s truly an honor to open this concert, it’s going to be a crazy night.”

Ms. Hill, whose most famous vocal performance came on the Fugees track “Killing Me Softly,” won a Grammy for Album of the Year in 1999 for “Miseducation.” She also won Grammys for Best New Artist, Best R&B Song and Best R&B Album the same year.

Though previous acts, like last year’s set by hip-hop legend Common, have managed to impress, no artist performing at Homecoming has ever been as critically acclaimed as Ms.  Hill.

“We are thrilled that Ms. Hill has decided to join us at the University of Miami as she makes her highly anticipated return to the stage,” Winik said. 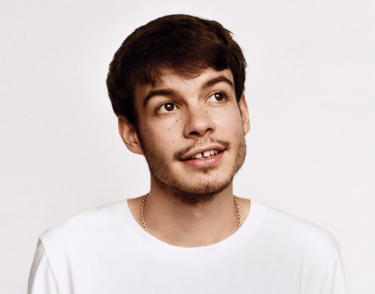 6 COMMENTS ON THIS POST To “Ms. Lauryn Hill to perform as Homecoming headliner”