Home » “Easy A” witty and memorable

“Easy A” witty and memorable

Teen movies have a certain cachet. Some are established classics, think “Ferris Bueller” or anything from John Hughes’ filmography, and some, like “Mean Girls,” are newer. But the funny thing about the genre is that the truly great films become legends, while the mediocre are simply forgotten.

“Easy A” may not be as memorable as “Sixteen Candles” or “The Breakfast Club,” but after “Mean Girls,” it’s the closest thing our generation has to offer.

“Easy A” takes a familiar concept, a rumor becoming unmanageable, and makes it seem fresh while borrowing liberally from classic literature like “The Scarlet Letter,” newer films like “Saved!” and the aforementioned “Mean Girls.” Emma Stone, “Easy A’s” presumed adulteress, carries the film effortlessly; she is a deft comedian with impeccable timing.

Stone more than holds her own against the fantastic cast: The always-wonderful Stanley Tucci and Patricia Clarkson are her parents, while her school’s faculty includes such luminaries as Malcolm McDowell, Thomas Haden Church and Lisa Kudrow. Amanda Bynes’ shrill Bible thumping pales in comparison with Mandy Moore’s character in “Saved!” and Penn Badgley will forever play variations of his “Gossip Girl” character. If any part of the film rings false, it’s the (spoiler!) budding romance between Stone and Badgley’s characters, but the two do their best.

“Easy A” is easily one of the best comedies in years. It’s fast-paced, extremely clever, incredibly funny, fairly surprising and full of impressive performances, including a star-making turn from its leading lady. It may not be as instantly iconic as its 80s film counterparts, but it certainly has the potential to rise to the top of the class.

“Easy A” may not define this generation on the same level that “Mean Girls” has, but it definitely deserves to be remembered.

Directed By: Will Gluck

CollegeFashionista.com
Third baseman back in the game 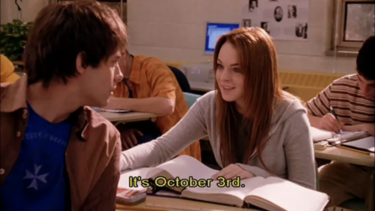 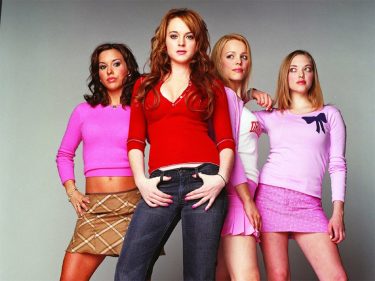