A group of University of Miami students has dedicated themselves to helping sick children, one wish at a time.

Wishmakers on Campus is a new organization that is overseen by the Make-A-Wish Foundation’s South Florida division. It raises funds to grant the wishes of children who suffer from life-threatening illnesses.

“I don’t think in any other organization you can personally make someone’s dreams come true,” senior Jonathan Schrader said.

Schrader founded UM’s chapter of Wishmakers in 2009, and the group officially became a registered organization in the spring of 2010. He now serves as the president. The Chicago local and political science major first had the idea for a celebrity softball match on campus and, after some research, he decided that Wishmakers on Campus provided the perfect cause.

The organization’s first celebrity softball tournament was in January and brought out such participants as former Miami Heat player Tim Hardaway, U.S. Olympic Swimmers Adam Ritter and Maritza Correia and actress Francia Raisa from “The Secret Life of an American Teenager.”

The event raised $1,200 and Wishmakers’ overall efforts brought in approximately $8,000. Aside from money they received from general donors, Wishmakers collected funds from corporate sponsors including Southwest Airlines and Hilton hotels. Even pro-skateboarder Tony Hawk donated an autographed skateboard for the cause. The money granted 6-year-old Andres, a Key Biscayne local who suffers from neurological seizures, his wish to go to Walt Disney World.

“He got the largest package at the theme park and even got to have dinner with Mickey Mouse,” Schrader said.

Wishmakers not only impacted a life, but also made a memorable first impression on the rest of UM by winning Best New Organization at the Student Organization Achievement and Recognition (SOAR) awards in 2010 which is held every year to celebrate student organizations.

“I want this to be one of the top service organizations on campus,” Schrader said.

Wishmakers has even bigger plans for the 2010-2011 school year. Wishmakers is sponsoring an EA Sports Madden tournament Saturday to get a head start on fundraising. They are also teaming up with Gameworks on Oct. 7 for a game night where 30 percent of profits for that night go to Wishmakers on Campus and towards a child’s wish.

There will still be a celebrity softball tournament in February with the same participants as last year along, with some new faces such as Miami disc jockey Michael Yo and comedians Tara Berland and Kevin Hart who will also be performing on campus. Celebrities will also be able to bring their own charities to make the events profit more than one cause. Once they reach $5,000, that money will go towards granting a child’s wish.

Although Wishmakers at UM is still new, it has already inspired other campuses like the University of South Florida to start a Wishmakers on Campus chapter. The organization has already brought so much excitement to UM’s campus reaching out to children in the community as well.

Junior and vice president for Wishmakers, Reeyaz Hamirani was attracted to the organization because of his work in high school with a similar organization that raised funds for children in need.

“This organization is different because of the amount of outreach. It touches everyone one way or another,” Hamirani said.

Wishmakers is already bringing attention to the University of Miami as a new organization. They bring entertainment and fellowship amongst students while fighting for a cause as well.

“When people think of Wishmakers I want people to think of it that organization that brings cheer to people,” Schrader explained.

Students that would like to be a part of Wishmakers on Campus want to find out more about their fundraising events can attend meetings every Monday at 8 p.m. in the Hecht Residential College classroom.

Jasmine Henderson may be contacted at jhenderson@themiamihurricane.com. 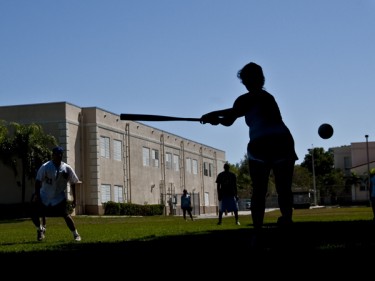