Taking on top-ranked Virginia in the Atlantic Coast Conference Tournament, the 41st-ranked University of Miami’s men’s tennis team’s season came to a premature close with a 4-0 loss.

For the first time since 2005 the Hurricanes failed to make the NCAA Tournament.

“We had a slow start and started to play better towards the end,” head coach Mario Rincon said.

The Canes (11-11) had a tough season trying to overcome the loss of All-American Daniel Vallverdu in the first position and David Rosenfeld who played in both the second and third positions.

“Losing such important players definitely made the year challenging,” Rincon said. “We had to depend in a lot of matches on a group effort in order to try and maintain the level we had the last couple of years.”

Rising seniors Carl Sundberg and Christian Blocker alternated at the top position. Sundberg, who was the only Miami singles player ranked nationally through the season, had competed in the third spot.

“I think we got better as the year progressed,” Blocker said. “We didn’t start so well as a result of not playing together, and we hadn’t gotten a lot of practice in.”

Miami notched a 4-3 come-from-behind victory against No. 14 Duke at home to cap a four-game winning streak.

During the offseason the program added Omar Aly from Oklahoma, ranked No. 48 in the country, and Gabriel Flores from Puerto Rico, ranked seventh in the nation.

“Our No. 1 goal is to make the NCAA Tournament,” Blocker said. “We all disliked that feeling of not making it this year and we expect to be back to the form we had the last couple of years and making the Sweet 16.”

Debora Rubi may be contacted at drubi@themiamihurricane.com. 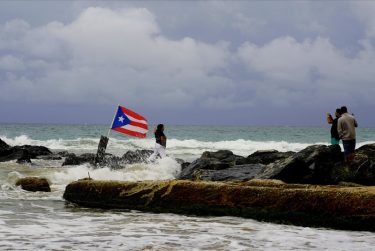