Animator, writer and actor. Walt Dohrn loves all of the hats he has worn while working on DreamWorks’ “Shrek” franchise.

But his favorite contribution? The voice of Rumpelstiltskin, the villain who convinces Shrek (Mike Myers) to leave his life as a family man and embrace his “real ogre” roots in “Shrek Forever After.”

“It’s a chance to…get in there and do things I usually don’t do, like yell at the top of my lungs,” Walt said in a conference call to promote the film. “So I think it’s really kind of cathartic and it’s been the most fun I think – doing the voice.”

Originally, Walt, also head of story, wasn’t supposed to be featured in the fourth and final installment of the DreamWorks franchise. But then, “We heard him just doing the temporary test voice [of Rumpel] in our story reels,” said Jason Reisig, head of character animation.

“Walt’s performance really sealed the deal,” Reisig said. “We just fell in love with the character and a lot of it was just because of that voice and what Walt brought to it.”

Walt found inspiration for the memorable voice in some unexpected characters from films made long before “Shrek” was introduced to audiences in 2001.

“One was this little girl in this B movie from the 50s; this (horror) movie called ‘The Bad Scene’. And she was this murderer little girl. She had this innocence and she would turn and be really evil in one moment,” he said. “And then also Betty Davis in ‘Whatever Happened to Baby Jane’. Again, she kind of played this kind of innocent character that had this really evil underside.”

Rumpelstiltskin’s character no doubt lives up to Shrek fanatics’ expectations for an entertaining villain. After Shrek makes an agreement with Rumpel that promises that the ogre will once again be feared, he soon finds himself in a scary alternate reality in which ogres are hunted and his wife Fiona (Cameron Diaz) is a stranger.

“In the first film, Shrek learns to love himself,” Dhorn said. “In the second, he learns what it is like being part of a family. In ‘Shrek the Third,’ he comes to terms with accepting responsibility as a father and husband. In the fourth and final film, he is faced with a big question: What if his life had turned out differently?” 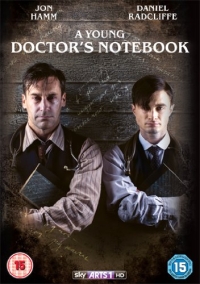