Home » Minus the Bear’s new album “Omni” fun but long

Minus the Bear’s new album “Omni” fun but long

Minus the Bear is one of those longhaired, bearded indie bands that’s not trying to be a poser. The Seattle quintet has been indie before “indie” was cool (circa 2001), playing its own brand of evolutionary prog-noise-rock without conforming to popular standards. Minus the Bear’s fourth full-length album, “Omni,” takes a more raw approach than previous albums, resulting in a recording most like their live shows.
By tirelessly rehearsing songs before recording and cutting down on studio overdubs and post-production effects, Minus the Bear reemerged with a more congealed sound. Subsequently, “Omni” is more streamlined than any of the band’s previous three albums. The ten tracks on the album retain the synth-pop style for which Minus the Bear is known, but “Omni” really emphasizes basic elements such as melody, harmony and structural flow.
“Omni” kicks off with lead song and single “My Time,” a mid-tempo tune with a funky keyboard riff and call and response chorus from singer Jake Snider. Next, the summer playlist must-have, “Summer Angel,” melds Alex Rose’s rhythmic synth playing with a fitting guitar solo from Dave Knudson.
The only downside to “Omni” is its length. For a 10-song album, “Omni” clocks in at almost 50 minutes. Songs on the latter part of the album tend to have extended endings that become redundant and zone-out worthy. Overall though, “Omni” is a fun record that showcases the band’s evolution. Be sure to catch Minus the Bear headlining at Revolution on Tues., May 11.

Hilary Saunders may be contacted at hsaunders@themiamihurricane.com.

Running for Miss USA, a Cinderella story
Fashion at your fingertips, Polyvore.com 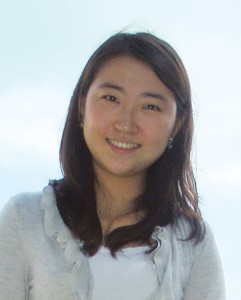