Though it is one of only three Tyler Perry films in which his signature character Madea is not featured, it still remains true to Perry’s thematic incorporation of drama, humor and infinite love. Starring triple-threat icon Janet Jackson and Tyler Perry himself, “Why Did I Get Married Too?” reintroduces the same eight characters from the original on an annual getaway to revive their friendships and marriages.

During their Bahamas vacation, the one-week reunion proves to be more emotional than expected; as an ex-husband randomly appears to rekindle his failed relationship, indiscretions are revealed and an unforeseen announcement takes place (a possible split?). Nevertheless, the real drama doesn’t peak until the characters return to Atlanta, where the secrets come spilling out. From infidelity to finances and distrust, to passive communication, these four marriages highlight some of the most challenging and relative issues of modern marriages today.

Perry takes some risks on the emotional content displayed in the film, but besides the over-the-top performances, it essentially makes the movie. Tasha Smith, who plays the sassy Angela, keeps the punch lines rolling with her infamous portrayal of a deranged, distrustful wife, and three-time Grammy award winner Jill Scott captures the audience once again with her passionate performances of a formerly-abused wife. Not to mention the introduction of two legendary thespians of our time, Emmy Award winner Cicely Tyson and Oscar winner Louis Gossett Jr. In addition, Janet Jackson, who plays the character Patricia, recorded a soulful song for the “Why Did I Get Married Too?” soundtrack entitled “Nothing.”

Though the climax of this heart-wrenching film comes at the very end, Tyler Perry fans and newcomers alike won’t be disappointed. The dramatic events all lead up to some extraordinary surprises.

As each couple fights to save their relationship and keep an emotional balance amidst their re-occurring issues, Tyler Perry’s “Why Did I Get Married Too?” continues to reveal the scary realities and enduring promises necessary in making a good marriage work.

Jamie Stephens may be contacted at jstephens@themiamihurricane.com.

‘Why Did I Get Married Too?’

Director of “After.Life” hit it big while in second year of college
Open the discussion to all points of view 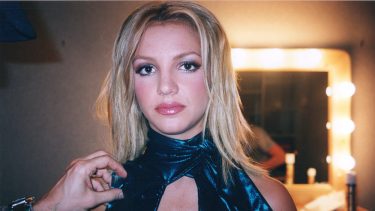