Home » Battle for black gold in the deep blue

Battle for black gold in the deep blue

The ocean is a refuge and holds a special place in people’s hearts worldwide. It is a place for recreation, vacation and peace.

From riding its waves to exploring its depths, or simply just admiring the way it absorbs the sun at dusk over a bayside dinner, everyone loves the ocean.

It is funny how a symbol of solace to so many has become an aquatic battlefield. Pristine blue waters pit government officials, conservationists and big businessmen against each other in a battle for its treasures.

The intrinsic value or utility of the coastal waters of Florida will soon be determined.

President Barack Obama has lifted the ban on offshore oil drilling to the shock of environmentalists and applause of oil tycoons everywhere.

The reform will open waters from Delaware to Florida for exploitation at a 125-mile distance from shore. Obama alluded to such actions in the State of the Union while also stressing the importance of a shift to clean energy.

Now, I don’t want to highlight the contradictory nature of our political system because that would be easier than clubbing a baby seal, but it is absurd to mention clean energy alternatives and increased oil drilling in the same sentence.

The Interior Department will begin seismic surveys of south and mid-Atlantic waters to determine potential drilling sites. Obama hopes to help kick start the economy by opening these waters.

The reform was also intended to loosen the firm grip the Organization of the Petroleum Exporting Countries (OPEC) has on the United States, but this may be impossible as America accounts for over 20 percent  of world oil consumption but only has two percent of oil reserves.

National reserves would only supplement our dependence on foreign sources so don’t expect gas prices to fall anytime in the near future.

It’s also going to take years before we see the first drop of fresh American oil from new reserves. Hold off on that new Hummer.

Putting multimillion dollar structures in the middle of the hurricane super highway isn’t the greatest idea I’ve heard in a while.

Furthermore, while these offshore activities are of great importance, it is what is going on closer to shore that concerns me.

Everyday 300 million gallons of partially treated urban waste water from the South Florida area are ejected only 3.5 miles off our coast.

Practical solutions to the problems closest to us now are more crucial than the happenings over the horizon.

Nick Castaldo is a senior majoring in marine affairs. He may be contacted at ncastaldo@themiamihurricane.com.

Save the arboretum
Saving lives and solving problems 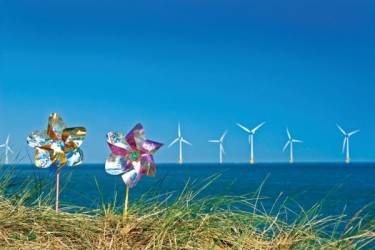