Despite its potential to explore the issues and difficulties of interracial relationships with some very talented actors, “Our Family Wedding” fails. It is nothing more than a cliché in its attempt to marry black and Latino racism with slapdash humor.
The plot opens as Lucia, a beautiful Mexican law school student, played by “Ugly Betty’s” America Ferrera, and her med school fiancé Marcus, Lance Gross, are on their way to Los Angeles to tell their families of their marriage plans and subsequent move to  the country of Laos with Doctors Without Borders. Leaving school is against Lucia’s family wishes, but they are appalled and shocked when she drops a welcome-to-the-21st century bomb on them: Marcus is black.
Dad is baffled. Beloved Abuelita faints. And while they’ll eventually learn to embrace the difference of cultures, it won’t be before 80 more minutes of buffoonery, cheap racial jabs and interpersonal maturity that’s about as introspective as an episode of George Lopez.
Brad and Miguel, the two fathers (played by Forest Whitaker and Carlos Mencia) are the real star couple. The movie’s humor is driven by their ongoing blockheaded scramble for macho dominance as the wedding quickly approaches. Their first meeting is filled with juvenile skirmish, colored with racial pokes. “I’m not your bro, ese!” “I’m not your ese, cuz!” “I’m not your cuz, vato”… from there, the jokes don’t get much more sophisticated, culminating in a fiasco that involves the Mexican celebration goat and Brad’s spilled Viagra pills.
Extra characters are as stereotypical as can be, including an Eddie Murphy lookalike who talks loudly and sings R&B, and a recently-paroled cousin who carries a cane with his pinstripe suit. Lucia’s sister, Isabella (played by Anjelah Johnson), does however, stand out with her melancholy and disarming one-liners, quickly winning the audience’s affections as the only person in her family not ruffled senseless at the thought of an interracial marriage.
As expected, things go crazy on the wedding day with everything from sassy cake-smashing Latina aunts, to alternating Mariachi and DJ music. In this, the movie’s theme, described best by the character Lucia’s feeble profundity earlier on, is actualized. “Life doesn’t always make sense. Love doesn’t always make sense.” What doesn’t make sense is why Hollywood would still need to play the racial stereotype card, over and over and over, for cheap laughs while having an Oscar-winning actor (Whitaker) use his talent to fight off a horny goat.
In the end, “Our Family Wedding” does offer a few pretty humorous moments through its light-hearted exaggeration of the laughable issues that all families share. But among the hundreds of other movies that have exhausted the comedy of racial differences, it fails to stand out. As a comedy about weddings and getting married, it simply can’t hold up to classics like “Meet the Parents” or “Father of the Bride.” And as a poignant coming-of-age film about learning to set aside prejudices and embracing diversity, well… let’s not get ahead of ourselves. 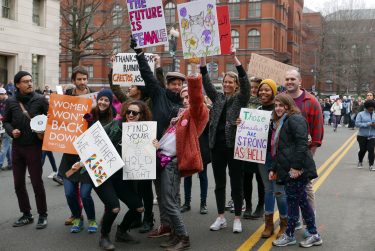 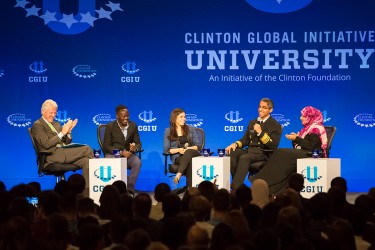