“Alice in Wonderland” dominated by Depp

It is no great surprise that “Alice in Wonderland,” Tim Burton’s latest film, features regular actor Johnny Depp to an almost obsessive degree. Though intended to be fiercely independent and headstrong, the character of Alice (played by Mia Wasikowska) is treated more as a cipher, becoming secondary in the plot. It may be Alice’s name in the title, but this is entirely the Mad Hatter’s story.

To some degree, this choice works. Depp is certainly a strong enough actor to carry a film of this magnitude. At the same time, it’s slightly disappointing that Burton chose to make Alice a secondary figure in the film. The film, set traditionally in Victorian England, could have made Alice an intensely progressive character, but all Burton does to establish her character is make her speak of odd visions she’s been having. This is no fault of Wasikowsa as an actress, but rather a frustrating misstep on the part of Burton and Linda Woolverton as director and screenwriter.

Beyond the slightly odd, but not unexpected, focus, on the Mad Hatter, “Alice in Wonderland” features a stunning roster of British acting talent with one glaringly bad performance in particular.

This is a typical Burton film in that it is not wholly faithful to the original novel by Lewis Carroll. Although it takes on a much darker tone, it is still entertaining. There isn’t a ton of suspense- does anyone doubt that Alice will save Wonderland? It is, however, a testament to Burton’s talent as a director that he can manage to make a story as well-known as “Alice in Wonderland” feel both familiar and brand new. 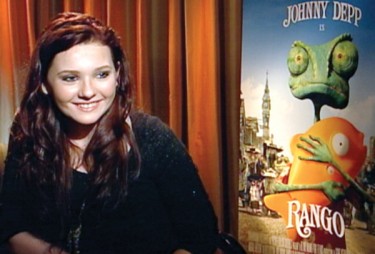