Home » They’re not the political fringe

They’re not the political fringe

All these words are used to describe the Tea Party movement, and they are all wrong. The reality is that the Tea Partiers are not in support of a particular party, but are opposed to a particular ideology: the belief that more spending and increased government will cure our nation’s ills.

Though portrayed as a professional movement organized by the GOP, the truth is that Tea Partiers have called out Republicans and Democrats alike who support the ideology they oppose.

We all know Americans aren’t the most politically engaged citizens in the world- it takes a lot to get us riled up. But after the lack of fiscal conservatism from George W. Bush, the financial collapse, and now the massive spending policies and government expansion of Barack Obama, Americans are awake, angry and lacking trust in government. This is where the Tea Party movement comes from.

Can you blame them? They haven’t received the change promised by Barack Obama. Instead, they have a Congress that continues to raise the nation’s debt to incomprehensible heights, while asking us to believe the way to get out of debt is to spend more.

We have a president who concentrates on pushing a government takeover of health care, while unemployment nears 10 percent. He promises to govern transparently and remove special interests from Washington but crafts secret deals with senators and lobbyists to pass his agenda.

He claims he’ll listen to the people’s demands better than his predecessor, yet dismisses overwhelming criticism of his health care plan by saying voters don’t understand it. However, like a parent lecturing naïve children, he he’s failed to properly explain it.

These are the attitudes and policies the Tea Party is responding to. The worst thing the president can do now is characterize them as a bunch of crazy, right-wing Americans at the political fringe. By dismissing the movement and its members, he only proves their point: that our elected leaders are an insulated elite  circle unconcerned with the desires of the people they serve.

Danny Hanlon is a senior majoring in political science. He can be reached at dhanlon@themiamihurricane.com. 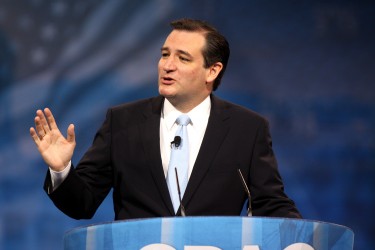