Home » Lessons in going beyond the book

Lessons in going beyond the book

Derek Freitas, a 2009 Beyond the Book winner. Freitas, a microbiology and immunology major, used his award to work with chemistry professor Nita Lewis to improve molecular wires or microscopic threads that can be used to connect the components of miniscule computers or nano-sized medical devices that may, in the future, be used to fight diseases. Courtesy Ivette Yee

Academics are more than just cracking open books and regurgitating ideas on a midterm.

Funded by a donation from alumna Jill Viner, the College of Arts and Sciences is sponsoring the Beyond the Book scholarship for students to execute independent research proposals.

“The scope of proposals is limited only by the imagination of the students,” wrote Jacqueline Dixon, interim dean of the College of Arts and Sciences, in an e-mail to The Miami Hurricane.

Students who wish to apply for the project must submit a document detailing an initial project idea, along with a preliminary budget for the $2,500 they would receive if awarded the scholarship.

With her scholarship, senior Kristina Astone traveled to Costa Rica to conduct research in anthropology. Her project included the excavation of 11 skeletons on an island off the mainland.

“It was fun to experiment and just take in the culture,” she said. “I’ve never been camping before, so it was a huge experience for me living in a tent with no running water. ”

Another student, senior Derek Freitas, who also received the scholarship worked with Professor Nita Lewis to improve molecular wires, or microscopic threads, that can be used to connect the components of miniscule computers or nano-sized medical devices that may, in the future, be used to fight diseases.

“Because I was given a stipend, research was all I did over the summer. All of my time, 40 hours a week, was devoted to just research,” Freitas said. “It was a lot of hands-on experience finding out what research was about. Just working in the lab a lot of time.”

Candidates for the scholarship face challenges in creating a research project organized and pertinent enough to merit a scholarship.

“It doesn’t have to be the most interesting thing in the world,” Freitas said. 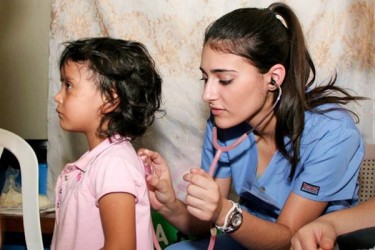