As we return to the adrenal life of Jack Bauer, now in his eighth season of secret agent work, he is a grandfather planning to move to Los Angeles with his daughter’s family and “retire.” However, crescendos of orchestral score and a dramatic opening scene beg to differ.

Jack is a grandfather to a rambunctious toddler, Terry (named after Jack’s dead wife…weird), who likes bears, a trait that obviously depicts her attraction to power and a dead giveaway to her involvement in the murder of the foreign Prime Minister. Kim, Jack’s daughter Terry’s mom, is married. Though in previous seasons she was a bit of a slut, she has settled down to the burdens of motherhood, looking frumpy and working on hiding the sadness in her laugh. She sports fake platinum hair, and so a whiff of her promiscuity floats by as she tries to tweak the implausibility of having a flaxen-haired child with a handsomely brunette man.

And season eight is different in other ways too, this time with Jack located in the Big Apple and whispering more than usual, truly showing his versatility. At times, when you think he is going to shout, he recoils, kinks his head down and proclaims something serious in a raspy undertone. He’s even made it somewhat customary to hoarsely muffle the word “damnit,” drawing in the viewer and adding fun new rules to the “24” drinking game.

But a few things remain the same. Chloe is the same snarky programmer. CTU’s technology is like always, very impressive. There’s yet another unfeasibly hot computer genius with a slammin’ bod decoding matrices. And of course, like every other season, somebody early on in the first episode asks in bewilderment, “Who is Jack Bauer?” with a pause long enough for the loyal fans to say to the TV, “Oh, you’ll find out.”

The story changes but the ending is the same (spoiler alert): Jack Bauer wins. And though we all, on some deeper unconscious level know this, we watch it anyway because we enjoy the euphoric illusion of the security of our nation being in the hands of Jack Bauer. Better this, than to remember that our TSA missed a guy who later tried to use his nether region as a catalyst for a chemical bomb last Christmas.

Jack Bauer, as in seasons past, delivers upon every promise. Except the one he makes to his daughter: that whatever secret thing he’s doing for the president won’t take long. Wrong, Kim. It’ll take 24 hours. It always does.

‘The Book of Eli’ raw and inspiring
Delay the add date 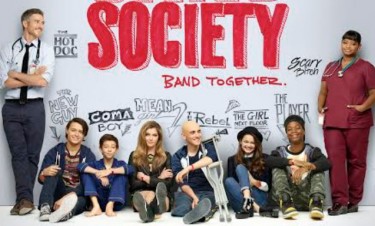