Home » Fasting on the 15th would achieve moratorium’s goal

Fasting on the 15th would achieve moratorium’s goal

There is a great deal of talk about and action on the forthcoming Moratorium. It is the opinion of this columnist that for the students to give up a day of classes is nothing in the line of sacrifice. If we are to convince Nixon, the administration, our parents and the world that we are genuinely concerned, we are going to have to go beyond staying away from classes.

I suggest, and apparently after speaking to the other members of the Committee, one of which related this idea to national headquarters, found that they were already considering adoption of it into the program. It is my opinion and suggestion that students should be willing to go without eating during the days of the strike. That would simply mean that Oct. 15 would be a day of fasting. Nov. 15 and 16 would likewise be days of fast, the third month would bring another day. So long as the war continues each month we would fast another day.

I think that this would help to convince those in authority that we are concerned and that we will not readily settle for more tokenism in place of a genuine effort to bring this war to a close. If it turns out that we are dealing with weekend hippies or Wednesday peaceniks, then this step will make it apparent. But if people are sincere in their love of peace, Nixon could not long ignore a few million Americans demonstrating such concern. So I am asking you one and all professors, students, administrators, workers, to fast during these days of protest. Pinch up your belts and give a damn.

Realizing the apparent need to end this war now we must not lose sight of what America has stood for. What is this America everyone is so concerned about saying? What is this country, this land of the free?

Looking back, we find that what made us great was the land that we have all but managed to defoliage, all but destroy. We have managed in a few hundred years to so pollute the air and water that allowed us to be free that we might have already passed the point of no return.

We have fallen under the myth that G.M., AT&T, Ford, DuPont Dow can create new air for our lungs to breathe, fresh water to quench our thirst, green leaves to produce oxygen.

We have fallen as a result of our greed, and we deserve everything that nature has planned for us. We were a land so rich that as hard as we tried we had no alternative but to make it big. We have taken more from the land and given less back than any society that has ever existed.

We have managed to expand and with this expansion managed to consume our natural resources at such a prolific rate that we have managed to damn nature in more ways than any previous society. If we do not awaken some day soon and see a new America, it will be useless to bring the boys back for they will have little to return to.

If we do not awaken soon we will find that with the dawn comes the fall. In 1810 one out of every three birds in this country was a passenger pigeon. By 1910 the only one left was in the Cincinnati Zoo. A few years later he was in the Smithsonian.

In 1860 there were 60,000,000 buffalo; by the turn of the century there was but one small herd, no fault of man that there were any. We have managed to use more iron, make more steel, destroy more of nature’s wonders than any society that the world has ever known.

America, the Land of the Free, the land where at one time there were three million acres of redwoods- today there are less than 300,000. Before the Civil War, Americans managed to destroy millions of acres of farm land because they felt that there were no limits to the land.

This same myth still haunts many, and we still desecrate this earth beneath our cement, this America. As Lady Bird dedicated the dam on the Glenn Canyon as part of the American Beautification Project, American conservation took a look at itself and realized that conservation was not sufficient, that it often meant the maximum we could extract from the land.

In its place we turned and found a new cause; preservation, that ideal of saving part of the land for its virgin worth, unused and, if lucky, unwanted by man, the consumer. Peace, let us end this war on man and nature.

Rocky Walters graduated from UM in 1969, with a degree in psychology. 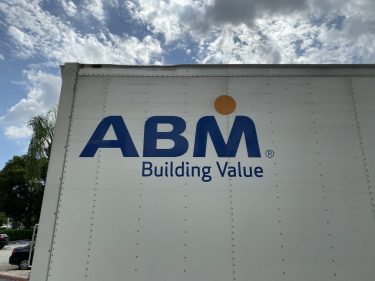 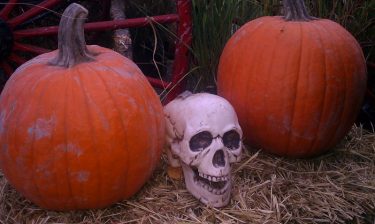