Home » Student-run company finding a place in the shoe industry

Student-run company finding a place in the shoe industry

High-end fashion used to be defined by designer labels, expensive material and people who could afford it. Times have changed though. Del Toro Shoes, a student-run company out of West Palm Beach, brought a niche product to the fashion world that blended expensive taste with affordable price: customized velvet slippers.

Senior Matthew Chevellard was asked by his friend, James Bohanon, about five years ago to start up a company. Bohannon wanted to buy a pair of velvet slippers with his high school’s crest, but the company, who was going to make the shoes said it would take up to nine months and cost around $900.

Lack of service got him thinking; he would make custom slippers for college kids at a reasonable rate. Chevellard’s other friend, Nathanial Wish, was also asked to join.

“I did a bunch of research online with no experience in the shoe industry,” Wish said.

None of them knew much about business. At first, they squabbled and made poor decisions.

The company held on and three years later Wish and Chevellard became a two-man operation. Bohannon went off to Trinity College in Connecticut but still holds a share. Wish had gone to paramedic’s school, while remaining committed to the shoe company.

With Chevellard’s enrollment at UM, Del Toro decided to make UM-inspired slippers. One design has the orange and green U logo embroidered in the front and another has an image of Sebastian in a forward-leaning pose. The embroidery is attached to black velvet covering with bordered black trimming.

The business was solely Internet-based, relying on viral marketing to get the brand out. Yet, founders were completely hands on. Chevellard made the contacts. Wish did the customization and operations.

“I never thought I had to go to embroidery school,” Wish said.

Chevellard felt that his business classes and consultation from UM’s Launchpad helped him polish-up Del Toro.

“After three years, we’re still alive and haven’t closed shop, which is admirable,” he said. “We would have likely been shut down without [the university’s] resources.”

College logos, fraternity or sorority emblems weren’t the only embroidered customizations. Wedding groups and organizations could have custom slippers that represented something in their lives.

“The collegiate market shoe adds to our value as a company, but it’s not our lifeblood,” Chevellard said. “Our lifeblood is the simple basic shoe.”

Shoes can be purchased for $175 per pair at The Del Toro website, DelToroShoes.com. 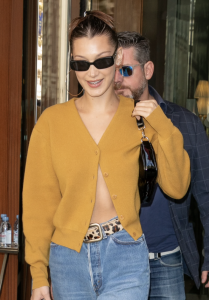