It’s a beautiful day in southern California and Mute Math has a day off from its U.S. fall tour. The band is goofing around and playing a round of golf while giving phone interviews from the green. As the break ends and the tour continues, the alternative quartet will make a stop in South Florida, bringing its bassy rock to Fort Lauderdale’s Revolution on Wednesday.

It was a rough road for Mute Math to get to the point of golf courses and national tours, though. The New Orleans-based group originally started as an electronica/experimental duo between singer Paul Meany and drummer Darren King under the guise of the name Math. Later, they adapted King’s e-mail address to form the group and the name, Mute Math.

The current line-up, including guitarist Greg Hill and bassist Roy Mitchell-Cardenas, was solidified in 2005 and the foursome released its self-titled debut album in 2006. Although Mute Math received critical acclaim, the band struggled with its sophomore effort, Armistice.

In an interview with The Miami Hurricane, lead singer and co-founder Paul Meany divulged Mute Math’s internal conflict over the new album.

“We came off the road after three years and when we got into the studio, we didn’t like anything that we had,” he said. “We had to swallow that pill, but now I can listen from song one to 12 and I really enjoy the record.”

Turns out, the infighting resulted in a 12-song powerhouse of head-bobbin’, bass-throbbin’ alternative rock. Released in mid-August, Armistice even debuted at No. 18 on Billboard ‘s Top 200 chart.

Though the band’s sound clearly changed between albums, its style matured and expanded for the better. Freshman Brianne McKay says, “Mute Math blends several different styles, infusing alternative with some unexpected little twists. There are a lot of musical layers involved. It’s like a sonic journey.”

Having bought her tickets to the show when they first went on sale, the motion pictures major plans on attending the show with her sister Heather, a 2009 graduate.

“[Heather] discovered Mute Math a few years ago when she was a student at UM and introduced me to their music,” McKay said. “It will be awesome to see them translate that energy and passion into a live performance.”

Mute Math played on campus at the Bank United Center in 2006, opening for piano-rock group The Fray, and Meany said the band is excited to come back to the greater Miami area.

“Our bass player lives in Miami and I’m looking forward to the Cuban food,” he said.

He expects the show at Revolution to rock, and is excited to let the new songs come to life. “I can’t wait,” he said. “I’m telling you, every tour we do, Miami always ranks in our inner band circle in the top three sets.”

Who: Mute Math with As Tall As Lions

US-1 the battle, but I won the war
UM doctorate student strives to save the sharks 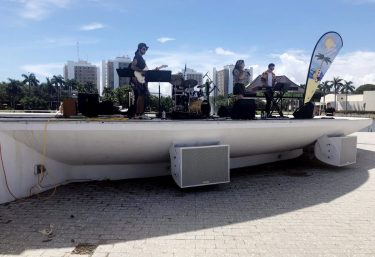 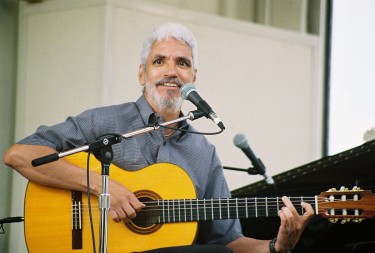