Starting college is hard enough. For most it means a new friends, new courses and a new city.

But what if starting college also included a new country? This is the reality for many students at the University of Miami.

Terence Gilbertson, 23, is in his second year at UM and he says that one of the most prominent differences between Miami and his hometown of Singapore is how education is approached.

“In Singapore people are very competitive. Everyone is afraid of losing it out to the next guy. There is more competition for studies,” Gilbertson said. “It’s a common occurrence in Singapore education that people tell their classmates that they’re not studying to slow them down and then they will go home and study like crazy.”

UM exchange student Camilla Hunsley,19,  has come to spend a year in Miami from London, England. She agrees that classes have a different style in South Florida.

“I did my first pop quiz yesterday. It was so bizarre. I’ve never done any sort of online quiz before. I had no idea what it was going to be like,” Hunsley said.

“The campus is huge. It’s all stretched out. It’s beautiful with all the palm trees and the swimming pool,” Hunsley said. “Back home campus is very work-based. You sort of have to make your own fun.”

Studying is not the only differences these students find at UM.

“People seem to know how to have fun better here than in Singapore,” Gilbertson said. “Singapore is a lot more tame. ”

“The frat parties and stuff with police breaking them up, that doesn’t happen at home,” Hunsley said giggling. “We don’t have fraternities and sororities. I have friends at home that watch ‘Greek.’ It’s weird because that’s exactly what it is like here.”

Adjusting to classes and partying is one thing, but adjusting to language barriers, that’s another story. Gilbertson said that he makes a more American version of English because his Singaporean English or “Singlish,” as he calls it, includes a lot of local slang and Chinese influence.

Hunsley also says that language is definitely an issue, both with Spanish-speaking Miami natives and her own English accent.

“I say ‘cheers’ sometimes, you know like thanks? Cheers. People try and mimic the British accent. But I’ve become a bit more ‘Americanized’ I think. I spoke to friends from home and I used ‘like’ every three words and I even said totally once.”

Senior Nicole Ralph-Forton, the president of the Council of International Students and Organizations, thinks this diversity is very benifical.

“The University of Miami is known on having an eclectic group of people and by having this student-run organization on campus, the students are able to learn from each other and about the world. We believe that you can learn plenty outside a classroom setting and what better teachers than your fellow students.”

Shopping for a cure
Grannie Annie and Fight Like Animals: fighting for musical integrity 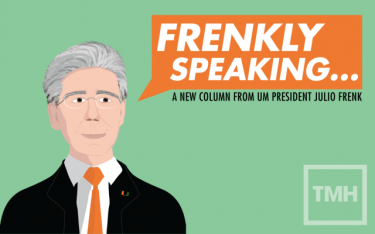 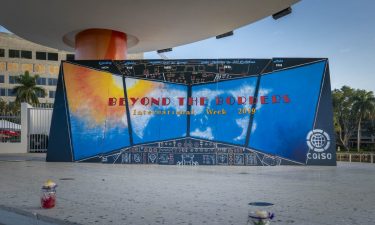