The Miami Marine Stadium, located on Virginia Key, is under plans for renovation with the help of UM Architecture students. Photo by Rick Bravo

Once the Miami Marine Stadium on Virginia Key was culturally relevant. Now it is covered in graffiti, condemned in 1992 because of damage caused by Hurricane Andrew.

“It is unique because of the way the land kisses the water. To be able to have a performance at that union is something unique and beautiful,” said Hilario Candela, the original architect of the stadium. Well known in its heyday the stadium hosted a Jimmy Buffett performance in 1985 and was the filming site of an Elvis Presley movie Clambake in 1967.

Over the past 17 years the seaside venue has fallen into grave disrepair. Two years ago, the City of Miami did not even have the stadium in its developmental plans.

“When the Edward Durell Stone Plan for Virginia Beach first came, the plan was the stadium would no longer be there,” said Jorge Hernandez, a University of Miami professor in the School of Architecture.

Hernandez quickly enlisted the help of Candela. Together, the pair teamed up with 12 University of Miami architecture students in a studio last spring geared toward the restoration of the stadium.

“We really used the brainpower of the university to champion this cause,” Hernandez said.

Throughout the semester, the students generated plans to restore the stadium to Candela’s original creation, with some modern changes.

Robert Douglass, a graduate student, participated in the studio and said the biggest contribution the class made was actually the preservation of a man-made basin that borders the stadium.

“The overcrowding of boat slips would take away from the natural beauty that the stadium has, so we moved those out of there to allow the basin to continue to be unencumbered space,” Douglass said. This suggestion was incorporated into the city’s new plans for restoration after the City of Miami’s Preservation Board declared it a historic site.

The support for the stadium has grown. It was just added to the World Monument 100 List and the students who contributed to the project couldn’t be happier.

“It makes me feel like we can really make a contribution even though we’re just a group of students,” Douglass said.

Hernandez feels accomplished after all of the support and is moving on to the next phase of restoration: funding the project.

“We’ve gotten everything we needed preservation wise, now all we need are the funds to start the restoration process.”

Money is tight right now, but with the help of the members of Friends of Miami Marine Stadium, which Hernandez and Candela co-foundered, they hope to find funding from any place possible.

“It’s not going to be a quick fix, but with a little work, our hope is that we’ll all soon be able to watch Jimmy Buffett play at the stadium again,” Hernandez said.

Masquerade Ball a new addition to Homecoming 2009
Dear V: ‘Scream’ is not my favorite movie 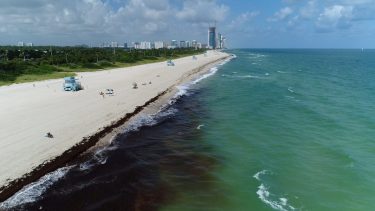 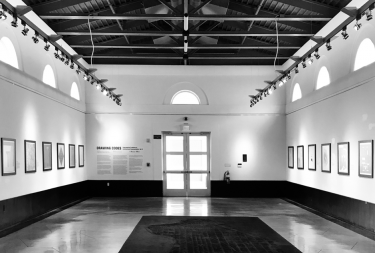