The University of Miami School of Communication, the Frost School of Music and UMTV are combining their efforts in a new project called U-Tunes. The musical talent competition show, which will air on UMTV, helps music students get publicity and enables student broadcasters and musical engineers to garner a better understanding of the industry.

Junior Eric Hurley, the show’s executive producer and director, and the rest of the cast and crew worked hard to transform 2008’s Musical Expression, a “brain-drained” musical competition show into U-Tunes by improving the material and combining schools.

There will be four episodes, each of which will feature three acts, and the winners of each episode will compete in the finale. Judged by music specialists in the local music industry, The Recording Academy and UM music companies such as Cane Records the grand winners will receive an entry to the Miami Music Festival and Conference along with a prize pack valued at more than $100 provided by Cane Records and other sponsors.

One of the acts chosen for U-Tunes is Maq, comprised of seniors Quinn Carson and Matt Alderman. They classify their music as acoustic pop rock that features vocal harmonies and arrangements. They are really hoping that U-Tunes will help them burst onto the UM scene.

Watch the first episode online at www.umtv.miami.edu or catch it on UMTV Channel 96 on Mondays, Wednesdays and Fridays at 10 p.m. 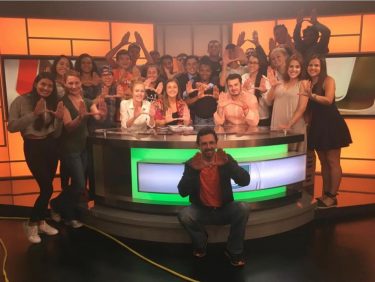