Only one club can lay claim to being People magazine’s designated “Miami’s Hottest Club,” and Mansion seems to have more than earned this title. Some of the most glamorous performances and parties in the world are held at this South Beach landmark. Mansion features sweeping staircases, fireplaces, chandeliers, exposed brick, cozy sitting areas and one of the most notorious reputations in the nightlife world.

In the oft-debated question of what restaurant produces the superior burrito, Chipotle Mexican Grill reigns supreme among UM students. Located conveniently south of campus on US-1, Chipotle is famous for its massive, addicting burritos, tacos, fajitas and salads. If you can’t make it to the restaurant off campus, just attend any school event – chances are they’ll be baiting students with Chipotle.

Macy’s is perhaps the most ubiquitous department store in both Miami and around the country. With three locations just around Coral Gables – Dadeland Mall, The Falls and downtown Miami – Macy’s offers unbeatable convenience. It is also the most affordable of the area department stores. Featuring mid-to-high-range clothing that even the most discerning shopper will like, Macy’s has proven over the past 146 years that it’s here to stay.

Uni-K Wax provides one of the least-sketchy waxing experiences in all of Miami. With 15 locations in Dade County alone, Uni-K is clean, well-lit, relatively inexpensive and outrageously popular with UM students. Services for both men and women are offered, and the aestheticians are polite and well-trained.  There’s no part of the body that Uni-K can’t wax, and probably at a bargain. The closest location is on Sunset Drive behind Sunset Place.

Bank of America has three ATM locations on campus, two in the UC Breezeway and one in the Mahoney-Pearson commons. The bank often has promotions and prizes for students who create accounts, and with its closest branch located across US-1 near Publix, few banks are as convenient as Bank of America for UM students.

University of Miami Bookstore
Ever since UM started its Green U initiative, bicycles have been promoted as one of the most environmentally-conscious and healthiest to move around campus, and the best place to pick one up is the UM bookstore. Featuring an array of colors and a student-conscious cost of $89.99, the bicycles come with a free lock (valued at $40) if the owner registers the bike with UMPD. 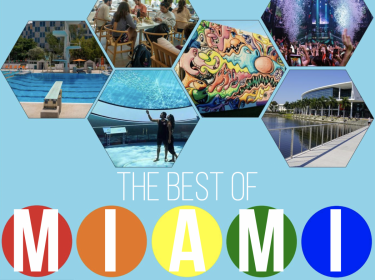 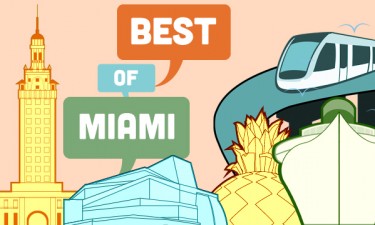