Senior Jason Fox was selected as the ACC Offensive Lineman of the Week after helping lead the Hurricanes to defeat the Oklahoma Sooners. Fox did not allow a sack and posted three pancake tackles, helping the offense to gain 342 total yards.

Sophomore outside hitter Lane Carico was named the Muscle Milk Student-Athlete of the Week. In the past two matches, Carico recorded 66 kills for a 6.60 kills per set average, 33 digs, an ace and two total blocks. She leads the ACC in kills (243) and was 2008 ACC and American Volleyball Coaches Association (AVCA) East Region Freshman of the Year. 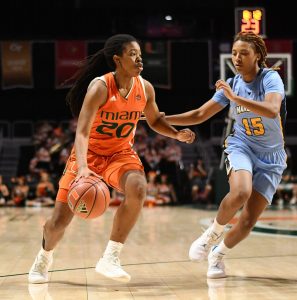