The most glaring problem with Fame is not that it is an unnecessary remake of a far-superior movie. It is not that it removed the heart and soul of the original 1980 film–the music that made it so eternal–and replaced it with an ill-conceived, updated hip-hop sound. The issue at hand, to be honest, is that it is dull.

Fame, the 1980 musical film which inspired a generation of artistic adolescents and spawned a hit TV spin-off, is the story of a group of students at the New York High School of Performing Arts, based on the famous LaGuardia High School. The students are actors, singers, musicians, and dancers; in the original, they face realistic, somewhat-taboo problems like teen pregnancy, racism, and abortion. In the remake, the most these obnoxious brats deal with is an ill-conceived first time drinking.

One of the major issues is that there are too many characters, none of whom are particularly compelling. Kay Panabaker is terrible as repressed actress Jenny–she’s supposed to be the best of the best?–and Marco, her character’s boyfriend, is portrayed by Asher Book, a poor man’s Zac Efron. The only actors who escape relatively unscathed are the adults who portray the instructors, Broadway luminaries such as Bebe Neuwirth and Megan Mullally.

Fame runs far too long and devotes far too little time to its characters, spending only minutes at a time in each of the four years of high school, but somehow no one ever changes. There are far better things to watch than this unnecessary Fame, including High School Musical. At least the insufferable Disney series of movies isn’t trying to be something it’s not. The earnest characters of Fame may want viewers to remember their names, but this is one film that’s better left forgotten. 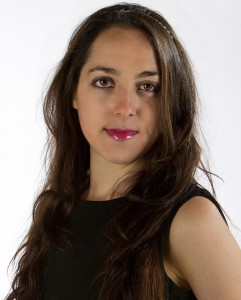