New frat house on the block

When the Florida Alpha chapter of Sigma Alpha Epsilon hosts the grand opening of their new house in November it will be the culmination of planning and work that started before the chapter’s re-colonization at the University of Miami.

“The plans started before the chapter was re-charted at UM,” Jeremy Kruger, vice president of SAE, said. “The Housing Corporation bought the land, but till now all we could do was use it for parking.”

SAE was kicked off campus in 1997. The Housing Corporation bought a lot in 2004 in anticipation of the fraternity returning to campus that year.

However, this lot was traded with the university for the current location of the SAE House. A University Village building now sits on the older site.

The house is designed to reflect aspects of the National Temple of SAE, and is the new center of operations for the fraternity as well as the residence of 16 of its active members.

“The residency wing is offset, which allows for quiet hours at all times for the resident brothers,” said Taylor Feldman, the house chair. “Also, the HurryCane stops on either side of the house, and comes every five minutes.”

The house’s location is convenient for many members both on and off campus.

“The house is located near the UV and Red Road Commons, much closer for brothers [that live there] than the Pan-Hellenic Building,” said Kruger.

Before SAE had a house they had a suite in the Pan-Hellenic Building to conduct fraternity business.

The house also offers SAE a place to host events and functions.

“This semester we were able to have an outdoor barbecue and bring in a live band during rush,” Kruger said. “We can do a lot more with a house than we could with the suite.”

The journey to having a house was not without incident; the first architect working on the project died. The chapter had to take the plans to another architect in order to get the permits finalized.

Construction on the house started last September and the residency wing opened this summer.

Recruitment is up as well.

“We had 17 members accept bids in the spring,” Kruger said. “Before that, the highest amount in my experience was around 12.”

“Taking the tour of the house excited me. It’s a symbol of building things, building the fraternity,” he said. “It doesn’t look like a stereotypical fraternity house.” 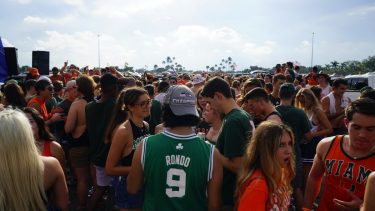 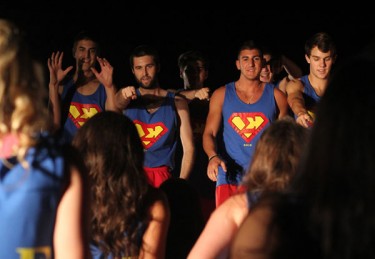