On Friday, the Hurricanes (5-3-0) defeated the Ole Miss Rebels (5-2-0) Friday night at Cobb Stadium with a 2-0 score. Juniors Barbara Blocker and Brittney Macdonald scored the two goals of the night for Miami.  Sophomore keeper Vikki Alonzo tied the Hurricanes’ all-time career mark of 14 shutouts and made six saves throughout the night.

The men’s and women’s team traveled to Gainesville, Fla., to compete in the  Mountain Dew Invitational where both teams placed in impressive top-10 finishes.

Dear V: Dream sex with an ex… with my boyfriend next to me
Miami Playboy model discusses experiences 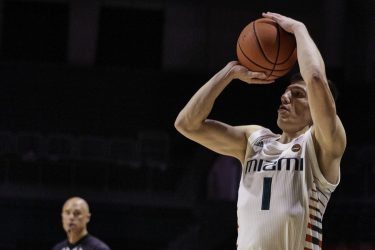