Jacory Harris simply has ice water in his veins. He threw for a career high 386 yards and was 21-for-34 with two touchdown tosses and a one yard rushing score. The 386 yards passing was the most passing yards by a UM quarterback since the legendary Ken Dorsey torched the West Virginia offense since for 422 yards in 2002. “J12” executed new offensive coordinator Mark Whipple’s offense perfectly. He showed poise and confidence in a game filled with emotion. Canes fans held their breath when Harris was hit in the funny bone with 11:45 left in the fourth quarter. But Harris shook off the pain and was able to orchestrate the game winning drive.

With Whipple’s aggressive offense, the running game was not the focal point but the backs had a solid game. There were no eye popping runs but senior Javarris James looked as good as he did his freshman year. He rushed for 38 yards on 11 carries.

Shannon said he wanted to limit the wide receiver rotation and that he did. Sophomore standout Travis Benjamin annihilated the Seminoles last year for 274 yards and picked up right where he left off. The blur from Belle Glades snagged four balls for 128 yards and two touchdowns. Junior Leonard Hankerson had two early drops but ended up with a career high with four catches for 72 yards. Senior tight end Dedrick Epps made a couple of circus catches in his first game back since tearing his ACL in December.

All of the pregame talk centered on the inexperience of the offensive line but the unit as a whole played very well. There were inexplicable false starts and right tackle Matt Pipho missed a block that allowed a freshman defensive back to hit Jacory Harris in the funny bone during his release but all in all, a very solid job. The line provided good pass protection and Harris was able to prance around in the pocket to look for his receivers.

New defensive coordinator John Lovett did not blitz much. FSU as a team ran for 140 yards on 30 carries. Remember this team was without two starters with senior Eric Moncur and sophomore Adewale Ojomo. The biggest play of the game occurred with 1:30 left in the third quarter. The Canes trailed 23-17 and the Seminoles were threatening to make it a two possession game as they had the ball at Miami’s 29. On third down and 10 sophmore Marcus Robinson swatted the ball away from Ponder and the fumble was recovered by junior Josh Holmes. A big momentum swing.

Reigning ACC Defensive Rookie of the Year Sean Spence did not have a vintage performance, but if Spence is the Canes biggest worry then the orange and green are in great shape. He is a hard hitter and play maker. Junior Colin McCarthy returned to action after missing most of last year with a shoulder injury by recording seven tackles, five of which were solo.

It’s not how you start, it’s how you finish. Ponder picked apart the UM secondary but the Canes goal line stand was epic and will be saved on everyone’s DVRs for quite some time. Senior Randy Phillips had an interception in the end zone to end the first half. Two years ago he had two picks at Doak Campbell Stadium.

Reigning team MVP Matt Bosher executed perfectly on punts but struggled mightily on kickoffs. The squib kicks were puzzling. He did not get enough hang time and allowed the Seminoles to begin drives with great field position. He also committed an unnecessary roughness penalty to open the second half. He was not helped by his kickoff coverage which failed mightily.

Time management continues to be a cause for a concern. UM burned its timeouts early, a common theme that proved costly last year. Miami committed nine penalties that resulted in 74 yards but the bottom line is the Canes got it done in the clutch.

Secondary wins with seconds to play
Letter to the Editor: Hurry ‘Canes Shuttles embarrassment to university 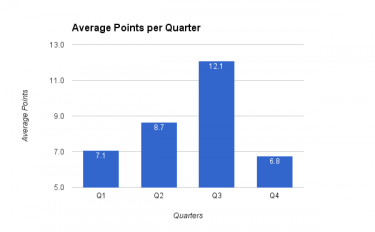 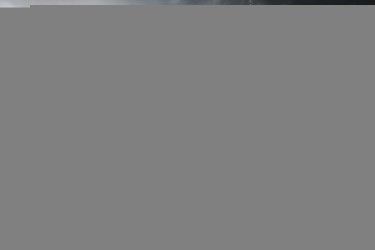