Greek life doesn’t change from real life to the screen

The perfect combination of comedy and drama, backstabbing, political jockeying, funny moments, romantic turmoil, and memorable parties are the most important ingredients of Greek, ABC Family’s hit show.  Now in its third season, the series portrays college students in fraternities and sororities, who deal with the same issues any student would at the University of Miami.

“I think I enjoy watching Greek because, aside from some less realistic things that happen on the show, like volcanoes that make it rain beer, it really is a pretty accurate depiction of what college is like and what the Greek system is like,” Blair Brettschneider, a senior and sister of Alpha Delta Pi, said.  “I don’t think there are too many other shows on TV right now that handle the issues, serious or not, that are in Greek.”

Dilshad Vadsaria, who plays Rebecca Logan on the show, a spunky politician’s daughter with a competitive streak, has similar feelings about Greek’s ability to portray a realistic college experience.

“I think we’ve found this wonderful line of [being] entertaining, but staying true to what real life is,” Vadsaria said in a phone interview. “[We portray] all the fun you have and all the painful times you have too.”

The characters of Greek study, party, and live their day-to-day lives, somehow accumulating live lessons in the meantime.  Season three, which debuts tonight at 9 p.m. (EST), brings more challenging and surprisingly philosophical issues into the mix.

“Definitely tests in friendship,” Vadsaria said.  “What you have morally lived by in your life, that may come into question [on the show], and figuring out that not everything goes the way you think life should.  I think that it’s something that will come into play and that people can relate to.”

While not all students at Miami are necessarily fans of Greek, they can at least appreciate the universal themes portrayed in the series.

Jennifer Prosniewski , a senior and member of ADPi said, “People who haven’t seen the show would like it because it’s relatable to college students.  It deals with relationships, college life, Greek life, friends. It’s also really funny.”

Brettschneider shares similar sentiments and thinks the show’s themes will ring true to students at any college campus, particularly those at UM.

“Instead of Monty’s, Greek has Dobler’s,” Brettschneider explained. “Some of the characters deal with being gay and in a fraternity.  They pass around fake IDs and go on spring break…watching it on TV, and seeing how funny or ridiculous college can be, makes the real thing seem a little less threatening.”

The third season of Greek premieres on August 31, at 9 p.m. EST. 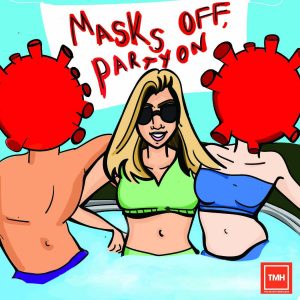 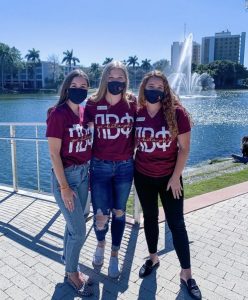