Michelle Obama proves that women are equal to men in at least one way – the amount of media coverage they receive. Unfortunately, only her wardrobe is sharing the spotlight with her husband.

This struck me while watching “Hardball with Chris Matthews” last week. Matthews was speculating about the then-imminent meeting between Michelle Obama and French President Nicholas Sarkozy’s wife, Carla Bruni, whom he derided as “just a model.” While wondering whose outfit would “beat” the other’s, Matthews called Bruni a “babe” and Sarkozy’s “prize.” In contrast, he said, “Michelle’s a serious person; she happens to be beautiful, that’s an accidental quality God gave her.”

I have been lucky to have amazing female role models in my life, including many strong female professors here at UM (who have also “happened” to be beautiful). Maybe that’s why Matthews’ sexualized comments about Bruni upset me. His perception of her as a sex object was reason enough to conclude that she could not possibly be intelligent, or at least not as intelligent as Obama. This is more than a stereotype of inferior female intelligence; it’s a misogynistic take on women who choose to use their beauty and sexual power to be successful.

Yes, Bruni is “just” a model: one who speaks four languages, plays four instruments, was educated at a Swiss boarding school before studying art and architecture, and who writes all of her own music.

Apart from my personal atheistic belief in the (non-)existence of God, I find this very puzzling. Why should her beauty be any more accidental than her intelligence, or her serious demeanor? Why did Matthews characterize Obama’s beauty as superfluous and secondary, but Bruni’s beauty as essential and defining?

Obama represents a truly new kind of first lady, the kind of first lady who makes obvious the anachronistic title of the role (it would sound antiquated and ridiculous, for instance, for a female president’s husband to be referred to as the “first gentleman”). Unfortunately, being strong and intelligent may not be enough to save Obama from being defined solely as the wife of the president. Let’s hope the press stops talking about her fabulous clothes long enough to recognize the amazing woman wearing them. 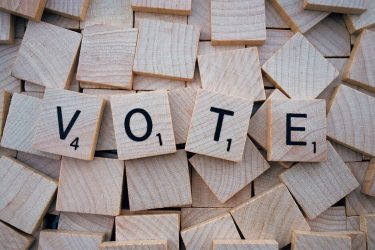 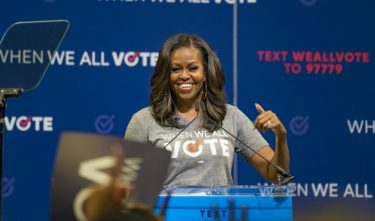