Quantum Entertainment, the University of Miami’s student-run film and theater organization, will screen the films it has funded and produced this year at a film festival on April 28.

The film festival gives students the ability to create their own short film. It also gives them the opportunity to see the process of producing a film as they do in Hollywood.

“It helps students find their niche and in turn they can take classes that specialize in specific aspect of filming, whether it be directing, cinematography, sound work, editing, etc,” said Matt Blessing, a member of Quantum Entertainment.

This year the festival will air nine films. Two of these films are chosen by the Quantum Society for a larger filming budget.

The two films that were selected for this year are Ghost Closet written by Max Landis, a 2008 graduate, and Façade, written by Blessing, a junior film major.

“The film is then entirely crewed by students, working on their own to complete the film,” said Steve Interrante, a senior with Quantum Entertainment.

Façade and Ghost Closet were provided a budget of $2,000 per film by Quantum.

Ghost Closet is a satire of the typical teen college party but with science-fiction undertones. One of the characters in this movie gets stuck in a spooky closet full of ghosts.

“I kept seeing student films made about being in college so I decided to try and write a movie about me and my friends. The problem was it didn’t have that ‘umph’ I needed to get excited about it. So I added ghosts,” Landis said.

The film is directed by recent graduate Alex Montilla and produced by sophomore Natalie Lowis, sophomore Brent Hyman and freshman Jaymes Gardzinski. It also utilized a crew of about 18 people.

The main actors are Landis, sophomore Max Schloner, FIU senior Eric Anderson and UM graduates Austin Lazek and TJ Seagraves. They also have many extras that played the roles of the ghosts. Most of the filming took place off campus.

For Ghost Closet, pre-production began in October and filming ended in November. They filmed for seven days over the course of three weeks.

It’s Landis’s sixth film he has worked on at UM, and his last.

“I have learned a lot about film-making; as a non-film major, none of that would’ve been possible without Quantum,” he said.

The other film chosen by Quantum is Façade, a film adapted from Pseudo Identity, a 1966 short story published in Alfred Hitchcock’s magazine.

“The short film is a suspense thriller about a man that has a double life behind his wife’s back,” said Matt Blessing, the director of the film.

Façade has 25 crewmembers, which include 15 actors from around the Miami area.

Blessing began working on the film in September and began shooting in December. Post-production occurred this semester, which included voiceovers and, hopefully, a music score.

Blessing is very happy with his crew and their work effort and believes the film will turn out great.

“We have a very large and experienced crew that has high expectations for the finished film,” he said.

“We have all tried our best to make this more than a student film, with a mature script, older looking actors and various locations in downtown Miami,” Blessing said.

This is the first film that Blessing has directed but he has been on other Quantum film sets.

“It’s a great way to make and have a film ready to enter in other festivals if the creative team behind the project chooses to do so. The experience doesn’t necessarily stop at the Quantum Film Festival,” Blessing said.

Quantum originally did not award the films but this is the first year where they will pick winners and award them at the festival.

Both Façade and Ghost Closet are going to be aired at the Quantum Film Festival on April 28 at the Cosford Cinema. 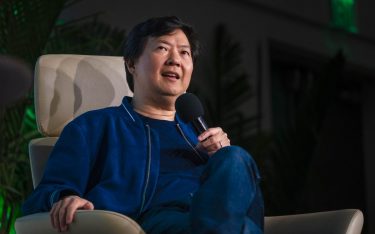 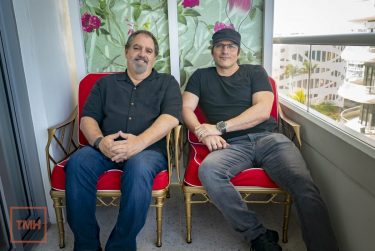