“Weird pop.” That’s how University of Miami alumnus and drummer Arturo Garcia describes the sound of his band Ex Norwegian. Reviewers from the Orlando Weekly to the Boston Globe to the Miami Herald have struggled to define the group’s sound, comparing it to everyone from the Kinks and the Pixies to the Killers and Modest Mouse. The rock elements present themselves in songs like the politically tinged “My Name is Paul,” while the ’60s pop comes out in the saturated vocals of “Gross You.”

Simply stated by friend, fan, and classmate James McDavitt, “Their sound is perfect.”

The local band originally formed in the summer of 2008. Garcia joined before his last semester studying musical composition at UM. Primary singer/songwriter Roger Houdaille’s girlfriend had messaged him on Facebook and sent him information on the group, which was then called Father Bloopy.

“My profile picture was of me playing the drums,” said Garcia, assuming that’s how they found him. After listening to their demo tracks and going to just one show, he decided he wanted to join the band. “Right when I joined, the songs really came together. It became Ex Norwegian!” he said.

The newly formed Ex Norwegian, consisting of Houdaille on guitar and vocals, Garcia on drums, Carolina Souto on bass, and Billie G on guitar, took their name from a Monty Python sketch. With two singles and a popular online video to their name, they started to work on producing a full-length, marketable, popular album.

While writing and recording last October, Ex Norwegian was invited to play at the College Music Journal’s Music Marathon in New York City, an annual festival where college bands play local venues in New York. They also had the opportunity to perform for European TV network Sky News.

Just months later, Ex Norwegian finished their debut album Standby, which was released March 17. Also, the four band members recently completed a mini-tour of the East Coast, packing themselves and all their instruments in an SUV. The tour hit hotspots such as Washington D.C., New York City, and Boston.

“Coming back here after tour is such a drag,” said Garcia. “It’s so boring. I wanna go on tour again.”

But Ex Norwegian has plenty of upcoming gigs in South Florida to keep them busy, including Thursday’s Patio Jams and Friday’s free event A Night at the Drive In, sponsored by WVUM and 1308 Productions, taking place in the School of Communication Courtyard.

“It’s weird coming back. You really don’t want to be seen,” laughed Garcia, who graduated in December. “We’re pumped to play Patio Jams, though.”

And they’ll be greeted by friends and fans excited to see them perform.

“I will be there Thursday for Patio Jams, because they always put on a good show,” said McDavitt, a junior who met Garcia in a composition class three years ago.

Ex Norwegian is a band that isn’t afraid of being popular or selling out.

“All our efforts are in the band,” said Garcia, “We want to make it big.” 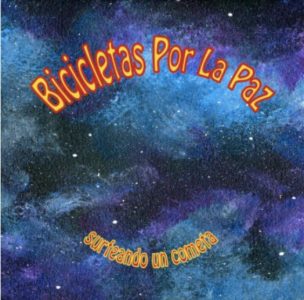