Home » Women climbing their way to the top

Women climbing their way to the top

While some teams at the University of Miami underachieve despite their talent, the women’s tennis squad continues to climb up the Intercollegiate Tennis Association’s poll and only gets stronger with each match.

This past weekend at the Neil Schiff Tennis Center, the now fifth-ranked Hurricanes “upset” seventh-ranked Duke, 5-2, and blew past No. 15 North Carolina, 6-1, to extend their winning streak to five.

Keep in mind that those were two quality ACC teams in the top 25 that head coach Paige Yaroshuk-Tews’ girls beat thoroughly.

And the thing is, they’ve been doing it all season.

At 16-3 overall and 5-1 in the ACC, the Canes have beaten 11 ranked teams and produced a perfect 7-0 tally on the scoreboard six times this season, which is usually a rare feat in tennis. Two of those victories came in back-to-back matches against top 25 opponents Florida State and Arkansas.

The sole losses came at the rackets of No. 1 Northwestern, No. 4 Baylor and No. 6 Georgia Tech.

Each loss came before a winning doubles formula was discovered by Yaroshuk-Tews. The team has since won four straight doubles points in matches.

A transfer, Cohen’s decision to leave “G Vegas” and head further south gave our sports program a much needed victory over the rival Gators.

Junior All-American Laura Vallverdu, who played in the first position last season and was hurt much of the fall, has steadily made it to No. 24 in the second slot.

Sophomores Michaela Kissell (No. 50) and Bianca Eichkorn (No. 40) rotate in the third and fourth positions, but the outcome almost always ends in a W. The two have combined for just five losses.

With five regular season matches remaining before the ACC Championships in Cary, N.C., the surging team’s ultimate goal is simple: to play on May 18 for the NCAA Championship in College Station, Texas. 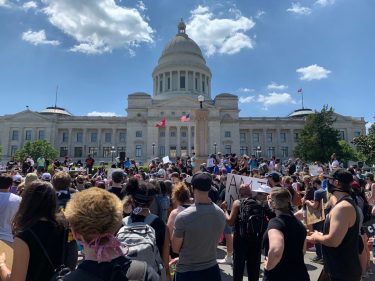