Performance artist, poet to visit UM to speak on Haiti

Performance artist and poet Gina Athena Ulysse will be at the University of Miami next week, crossing the border between art and science to tell the story of a nation.

Ulysse will perform in a concert on March 9 at the College of Arts and Sciences’ Wesley Gallery and hold a workshop the following day. She is also an associate professor of anthropology and African-American studies at Wesleyan University who has presented her performance at conferences and other schools throughout the nation.

The performance, titled “Because When God is Too Busy: Haiti, Me and the World,” will include poetry, stories and excerpts from Ulysse’s memoir, as well as Vodou chants that will be woven throughout the presentation.

According to Daniella Suarez, a UM senior majoring in Latin American Studies, Ulysse is a spoken-word artist. She aims to weave her Haitian culture into her spoken word, addressing issues of social inequalities.

“Through her spoken word, she is able to let out an outcry for her people because it obviously hurts her to see that her people are treated as second class,” Suarez said.

“With this work, I try to make Haiti subjective,” Ulysse said. “It’s not just out there. Away from us. It’s not abstract and denying its presence will not make it go away. We all had a hand is where Haiti is today.”

Ulysse prefers to refer to her performance as her chance to “holler” for Haiti or bring a bit of “rage on the stage.”

The performance on March 9 will be followed by a “talk-back” discussion with the audience and is free of charge.

Ulysse will conduct an interactive workshop the following day to discuss the impact of the border between art and science on the search for explaining a full subject.

“More specifically, I mean how does one write about human conditions if the human is split along the lines of the visceral and the structural,” Ulysse said.

The workshop will begin with a short presentation by Ulysse and will extend into an extensive question and answer section.

Ulysse said that the goal of the workshop is to achieve awareness that we are actually disembodied subjects.

“Ultimately, this comes back to Haiti and other place in the world with more horror,” Ulysse said. “I think these issues are important because I do think that it is appalling how comfortable we as human beings have become with horror. We are so desensitized that it takes increasingly greater numbers to get us to react and become outraged at any injustice. Again, for me, one is one too many.” 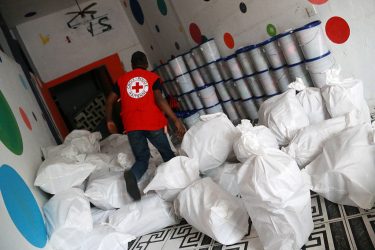