During a time when many people are concerned about bringing home a paycheck, at least one faculty member at the University of Miami has no need to worry.

UM’s Provost Thomas J. LeBlanc has been named the third highest paid chief academic officer at a private institution, raking in more than $600,000 for the 2006-2007 fiscal year, according to The Chronicle of Higher Education.

These findings come from a newly released list, assembled by The Chronicle, of the compensation of more than 4,000 employees at 600 private four-year colleges. The 2006-2007 year is the most recent for which complete data are available.

Although many students might not know LeBlanc’s role at the university, he does have an immense amount of responsibility as he is second in charge, right below President Donna E. Shalala.

Appointed the executive vice president and provost in 2005, he is the chief academic officer and chief budget officer for UM. He’s responsible for overseeing and coordinating academic programs in 12 schools and colleges.

Last April, LeBlanc made several proposals for the university to propel itself into the top ranks of higher education, including expanding research and graduate programs, increasing on-campus housing and providing more flexibility for students to choose classes in schools outside their major. LeBlanc has been developing this 10-year plan since he arrived at the university four years ago.

However, 2008 was a much different economic climate than it is today.

With e-mails over the past few weeks from President Shalala about UM’s financial situation and cutbacks, LeBlanc may be among those who will not be seeing a pay raise any time soon.

“I would assume that Shalala meant everyone would not be getting any raises in her letter,” said Margot Winick, assistant vice president of Media Relations. “I can’t say specifically what she meant by that.”

The Miami Hurricane put in a request to LeBlanc for his reaction to the ranking and asking if he has received a pay cut since the 2006-2007 year. He indicated he would rather decline comment.

LeBlanc is third in line for total compensation including pay and benefits, behind Nicholas Zeppos from Vanderbilt University, who brings in more than $1 million, and Ronald J. Daniels from the University of Pennsylvania, who makes about $3,000 more than LeBlanc.

LeBlanc is also part of the school’s budget analysis group, a senior management committee that reviews all requests for funding that have not been already accounted for in the new cost-containment policy. The committee is composed of LeBlanc, Miller School of Medicine Dean Pascal Goldschmidt and Senior Vice President of Business and Finance Joe Natoli.

In an effort to be fiscally responsible, the committee set a low threshold of $2,500 for spending requests. According to LeBlanc in an earlier statement, this number was based on previous university project funding, the endowment and the budget for the current fiscal year.

Phases & Stages: South Beach clubbing
Girls, really…I’m just not that into you! 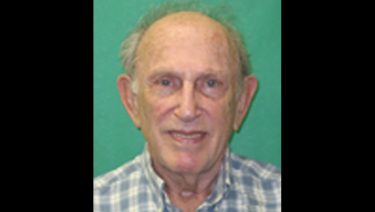