The University of Miami will host the Miami Poverty Conference (MPC) this Saturday, a brand-new program that aims to educate students in the Miami-Dade area about the growing issue of poverty in their community.

UM students expressed an immense interest in the subject and decided to begin their own conference, centered around poverty issues affecting Miami.

“Miami is the poorest city of its size,” said Daniella Suarez, a student majoring in Latin American Studies and member of the executive board for the conference.  “We don’t really see how poverty is affecting us here at UM. Coral Gables is a bubble.”

Suarez pointed at the case of first-year students who cannot have cars on campus,  limiting their mobility and access to what is going on in the inner city of Miami.

Many experts will speak at the conference about the various aspects of poverty – from the effects of immigration to the political economy to education.

At the conference, students will be grouped together and attend interactive workshops to discuss these issues and brainstorm ideas of how to better the community.

According to Suarez, the conference will include a “hunger banquet,” which will allow participants to be placed in a socioeconomic class.  Suarez said that this interactive game will really put things into perspective.

The MPC will include a “Now What?” workshop towards the end of the day, where participants will discuss what to do now that they have been properly informed.

“I think it is beneficial for us, as students, to be able to not only learn and be educated about the issues in our community, but to also work together to apply what we’ve learned,” said Caitlin de Cristo, a UM sophomore who is planning on attending the conference.

The conference will end with a benefit concert, featuring Jahfe, a reggae band whose songs deal with social issues, including poverty, and UM’s own band, Beckham County Trainwreck.

The goal of the conference is to educate the students about this dire issue and to encourage students to do what they can to help lessen poverty.

“We have a very diverse group of students,” Suarez said.  “People are coming who are just interested in learning, which is cool to see on such a service-based campus.”

To register for the Miami Poverty Conference, visit: www.miami.edu/leadandserve 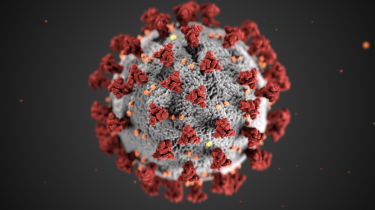